On the plus side, the fish needed additional space probe parts. On Sunday night, fragments of Russia's Phobos-Grunt probe landed in the Pacific Ocean 1,250 kilometers to the west of Wellington Island in southern Chile around 17:45 GMT. The probe, which experienced a failure with its launch rocket machinery on November 8, had become marooned in Earth's orbit, destined to crash back home. The cause of the incident remains unknown and stands as the latest in a series of gaffes by the Russian space program, including an impact in Siberia by a supply ship bound for the International Space Station and the loss of three navigation satellites in the past year. It's unknown whether the probe was carrying any radioactive alien materials, but stay tuned to Engadget for your up-to-the-second guide on how to fight the Cloverfield monster in the year to come.
In this article: Atlantic Ocean, AtlanticOcean, Chile, crash, International Space Station, InternationalSpaceStation, Phobos, Phobos-Grunt, probe, Russian, Russian space program, RussianSpaceProgram, Siberia, space, space probe, SpaceProbe, Wellington Island, WellingtonIsland
All products recommended by Engadget are selected by our editorial team, independent of our parent company. Some of our stories include affiliate links. If you buy something through one of these links, we may earn an affiliate commission.
Share
Tweet
Share 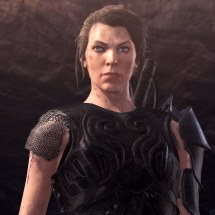