Latest in Absinthe a5 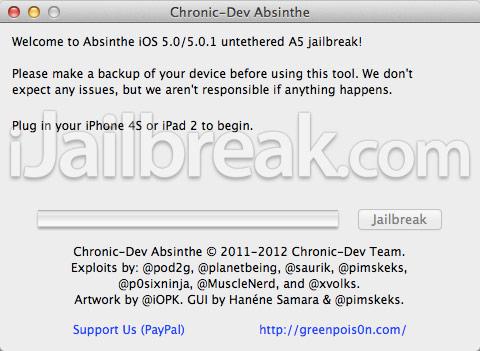 Been waiting with bated breath to liberate that dual-core A5 within your shiny, white (we presume) Jony Ive-designed device? Well, you can exhale now, as a "Dream Team" of iOS hackers have just released Absinthe A5: an untethered solution for the iPhone 4S and iPad 2. For the uninitiated, this particular hack will not only free your handset or tablet from Apple's controlling grasp, it'll also retain the jailbreak upon reboot. But don't just thank this hacker collective for the successful effort, you can direct some of that applause to yourselves, as over ten million users submitted crash reports which led to the discovery of the exploit. But enough of the backstory -- head on over to the source to get your download started.

In this article: Absinthe A5, AbsintheA5, iPhone 4S, Iphone4s, jailbreak, mobilepostcross, video
All products recommended by Engadget are selected by our editorial team, independent of our parent company. Some of our stories include affiliate links. If you buy something through one of these links, we may earn an affiliate commission.
Share
Tweet
Share