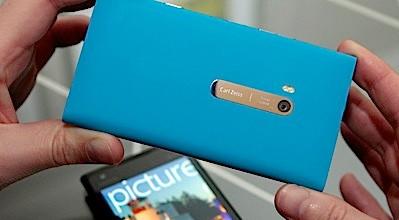 Ah, Eldar Murtazin. Sometimes he's (sort of) right, sometimes he's wrong. But he managed to predict the Nokia-WinPho love-in ahead of any official announcement and that still counts for something, right? His latest missive concerns the news of the Lumia 900's likely summer-time flight across the Atlantic. While it's not going to tout the LTE radios of the American edition, Eldar's more concerned about a phone that no-one's yet heard of. Yes, the Lumia 910, which according to the thorn in Nokia's side, will land in the old country sometime in May -- ahead of the posited June launch for the Lumia 900 in the UK. Murtazin is keeping any other details close to his chest for now, aside from the tantalizing mention of a whopping 12 megapixel camera. We know that Nokia knows exactly how to craft a good cameraphone, but we're keeping this rumor firmly in the maybe-could-be-possibly camp, right next to the salt mines.