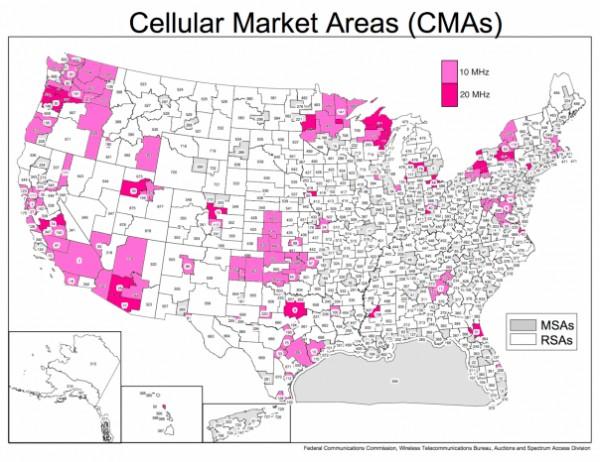 Wondering what AT&T's proposed spectrum transfer would mean for T-Mobile? Check out the above graphic, from GigaOM. Created by a reader named Andrew Shepherd, this map displays which regional coverage T-Mobile will gain from the transfer, which was submitted to the FCC this week following the companies' failed merger. As you can see, AT&T is poised to sacrifice some of its AWS spectrum in some key markets, including Boston, Seattle and the Bay Area. According to Shepherd, however, the carrier only gave up enough AWS spectrum in areas where it had enough 700MHz capacity to fill the gap, without posing too great a risk to its LTE expansion. For a closer look, check out the source link below.
In this article: 10mhz, 20Mhz, 700mhz, att, aws, business, carrier, coverage, deal, fcc, graphic, industry, LTE, lte-advanced, map, mobilepostmini, money, network, spectrum, spectrum transfer, SpectrumTransfer, t-mobile, US, USA, wireless
All products recommended by Engadget are selected by our editorial team, independent of our parent company. Some of our stories include affiliate links. If you buy something through one of these links, we may earn an affiliate commission.
Share
Tweet
Share