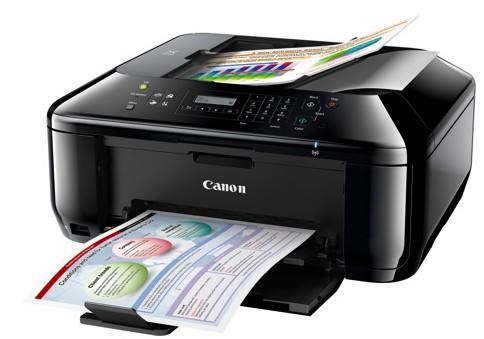 Want to print stuff from your iPad, but hate drivers and cords and stuff? Good news, Canon's offering up the Pixma MX512 and MX432, two all-in-one inkjets that offer up Apple AirPrint support, letting users wirelessly prints photos, docs and the like from their iPad, iPhone and iPod touches running iOS 4.2 or later. Canon also used the announcement to reaffirm its commitment to the technology, ensuring as before that it "will be available with the majority of Canon PIXMA Wireless All-In-One inkjet printers launched from this point forward." A brief, fully printable press release can be found after the break. In this article: airprint, apple, canon, ipad, iphone, ipod touch, IpodTouch, MX432, MX512, printer, printing
All products recommended by Engadget are selected by our editorial team, independent of our parent company. Some of our stories include affiliate links. If you buy something through one of these links, we may earn an affiliate commission.
Share
Tweet
Share