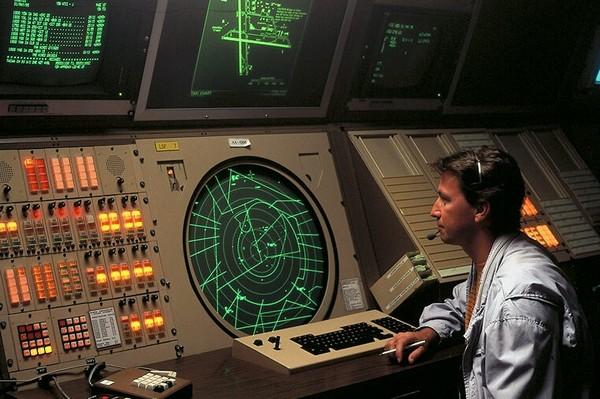 It took awhile, and the price tag is quite a bit steeper than previously thought (shocking, right?), but the FAA is finally getting the funding it needs to bring the nation's air traffic control system up to date. Congress just passed the bill to make it happen, allotting $11 billion to the FAA to upgrade the nation's 35 busiest airports air traffic controls from radar to GPS. The deadline for the conversion is June 2015, and when complete, it'll allow for more precise positioning of aircraft -- GPS pings for the planes' locations every second, while radar updates their locations every 6 to 12 seconds. With such technology enabled, airplanes will be able to take-off and land more closely together while utilizing steeper descents than is currently possible to conserve fuel. So, now that we've got the new traffic control system to improve airline punctuality, we just need the FAA and the FCC to team up and eliminate the "Terrible 10,000 feet" and flying might actually be fun.
In this article: air traffic control, air travel, airlines, AirTrafficControl, AirTravel, atc, bill, congress, faa, fcc, Federal Aviation Administration, FederalAviationAdministration, flying
All products recommended by Engadget are selected by our editorial team, independent of our parent company. Some of our stories include affiliate links. If you buy something through one of these links, we may earn an affiliate commission.
Share
Tweet
Share