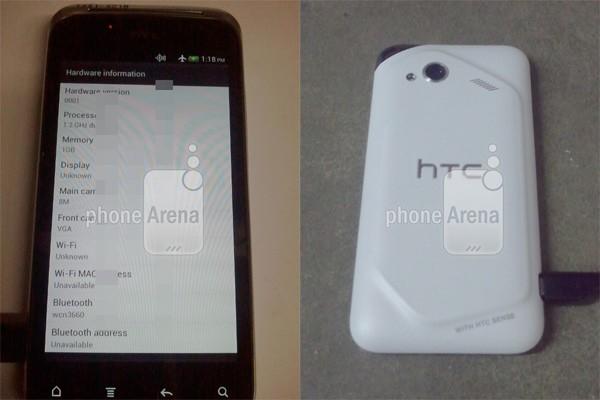 What's this we have here? Well, clearly it's an HTC phone, but it looks different to what we've seen before. If the pictures are to be believed, we're looking at an Android 4.0 device with HTC's Sense 4.0 on top. There's LTE on board, and what looks like Verizon's splash-screen, meaning there's every reason to believe this is destined for the US. The rest of the specs suggest it's packing a dual-core 1.2 GHz Snapdragon processor, backed up by 1GB of RAM, Beats Audio and an 8-megapixel shooter. Given that the Rezound already purrs along on a 1.5GHz chip and that embossed backing looks oh-so familiar, it doesn't seem out of line to wager this is the next-gen Incredible with a bump in clock speed. What also catches our eye is the inclusion of hardware buttons, leaving open the possibility that this might just be a prototype after all. We're too not hopeful we'll learn much more before MWC, but we'll keep our eyes on the trail all the same.

In this article: android 4.0, Android4.0, beats, beats audio, BeatsAudio, droid, droid incredible, DroidIncredible, handset, htc, htc prototype, htc sense, HtcPrototype, HtcSense, ICS, incredible, LTE, mobilepostcross, prototype, snapdragon, verizon
All products recommended by Engadget are selected by our editorial team, independent of our parent company. Some of our stories include affiliate links. If you buy something through one of these links, we may earn an affiliate commission.
Share
Tweet
Share