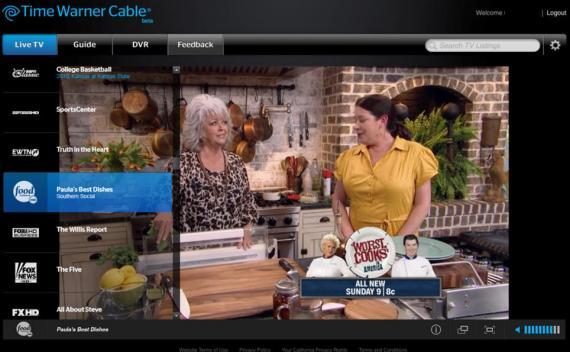 After expanding its live TV streaming from iPads to iPhones, Time Warner Cable is going in the other direction and offering the service on PCs. The PC version of TWC TV launched today in beta -- still no word on streaming to Android devices or HDTVs yet -- but the Silverlight player will work on Windows and OS X, in Internet Explorer, Firefox, Safari or Chrome. According to the official blog it has more than just streaming, with remote control over compatible set-top boxes and DVR scheduling also included. Of course, the same restrictions still apply here as they have on tablets and phones, with playback only while connected to your home network. If you're a Time Warner customer, hit the link below to sign in and try it out, or hit the blog for more details on what works where.
In this article: app, hdpostcross, iptv, pc, silverlight, streaming, time warner, time warner cable, TimeWarner, TimeWarnerCable, twc tv, twcable tv, TwcableTv, TwcTv
All products recommended by Engadget are selected by our editorial team, independent of our parent company. Some of our stories include affiliate links. If you buy something through one of these links, we may earn an affiliate commission.
Share
Tweet
Share