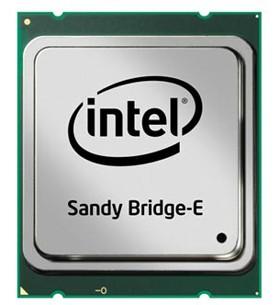 The cost of entry to the LGA-2011 party just tumbled by around $250 thanks to Chipzilla's Core i7-3820 processor. It's a proper Sandy Bridge E processor with PCIe 3.0 support and more PCIe lanes, more memory bandwidth and room for more RAM compared to older platforms, but of course it's also lower specced than the pricey 3960X and 3930K. It 'only' has four cores (and eight threads), 10MB of L3 cache and it isn't fully unlocked -- as denoted by the lack of a K or an X in its title. Priced at around $300, it looks like a steal when stacked up against an LGA-1155 cousin like the $332 Core i7-2700K, which has the same 3.9GHz base clock speed, 8MB of L3 cache and none of the added benefits of Sandy Bridge E. However, once you factor in the cost of an X79 motherboard and perhaps also a new cooling solution, Intel's pricing starts to make more sense. AnandTech reviewed and benchmarked this chip a while back and reached a glowing conclusion -- check it out at the More Coverage link below.

In this article: chip, core i7-3820, CoreI7-3820, cpu, i7-3820, intel, intel core i7-3820, IntelCoreI7-3820, LGA-2011, processor, sandy bridge e, SandyBridgeE, x79
All products recommended by Engadget are selected by our editorial team, independent of our parent company. Some of our stories include affiliate links. If you buy something through one of these links, we may earn an affiliate commission.
Share
Tweet
Share