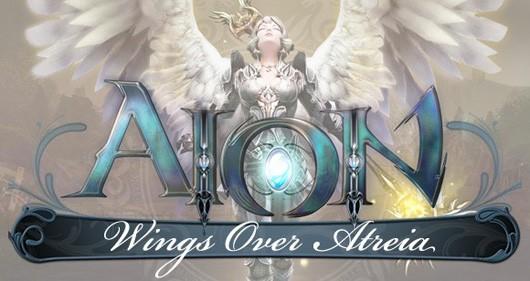 Twinkle, twinkle, little patch,
How I wonder where you're at?
In the East they play with ease,
In the West you're just a tease!
Twinkle, twinkle, three point oh,
Hurry please I want you so!

I've tried to be patient. I really have. I even avoided any wayward glances at Aion's Korean patch notes (translated, of course) for 3.0. That way, I could contain my excitement a little better. I mean, we already know I am dying for housing, and I also know mounts are involved. But there is always so much more, and I was trying to make the wait more bearable. I stood firm in my resolve.

Then I broke down. I peeked. And oh how the many-tendriled beast of anticipation took hold of me once again! Of course there is always the requisite "fixed this bug" and "changed that appearance" filler, but when mining deeper, you also find some definite valuable nuggets. Aion's next patch has some "how cool," some "oh wow, that's really unexpected," and some "about time!" thrown in as well. From new zones to new instances to new features, there is plenty coming our way. Don't want to tax your scroll wheel and sift through the entire patch notes yourself? Wings Over Atreia delves in to uncover some of the most tantalizing treasures for you.

So what's going to make the cut for our little 3.0 roundup? Obviously, there is no possible way to report on all the added features and fixes (and we are quite grateful that the list is not so small that it could fit in one week's article!). We will actually hold off on discussing some of the new goodies like housing in favor of giving screen time to the new lands, new instances, surprising new features, and a few of the interesting little changes that Daevas can expect when the patch is finally released.

For all the Daevas who suffer from the been-there-done-that doldrums, Atreia will be expanding with two entirely new zones. The previously undiscovered lands of Sarpan and Tiamaranta will be opened to both dark- and light-winged folk. Each zone, of course, comes with new quests as well as new bosses for your loot-hoarding needs. As with the last major land expansion, Assault on Balaurea, only the highest-level Deavas will be able to access the new lands.

Sarpan's story mirrors that of Balaurea as a whole. The Cataclysm stranded Daevas and humans, cutting them off from everyone else. Here, they lived in hiding as refugees until "a powerful mysterious figure" (Kahrun) came into the picture and led the Reians to victory over the Balaur and drove them out of the land. But don't be fooled into thinking the lands are safe; plenty of dangers still plague the region.

Tiamaranta has the auspicious privilege of being the stronghold of Dragon Lord Tiamat. Apparently, as great lord dragons are wont to do, he didn't think just any land would do, so he manipulated reality in different parts of that region to make specific lands to individually tailor the land and make him more powerful (I guess changing the thermostat wasn't enough). The region consists of the Lands of Petrification, Gravity, Rift, and Anger, with a giant castle called Eye of Tiamat in the center of all four. It is within two areas of this region -- the Eye of Tiamat and the Balaur Legion Garrison -- that Asmodians and Elyos can fight against each other.

Wait, did I just say that there were only two areas in only one of the regions where factions can PvP one another? Yes, yes I did. And I am not making that up! *insert preferred acronyms here* But before your mind blows a fuse and the smoke alarm goes off, check out what is being added along with this new set-up.

Probably the one item that made me do a double (and then a triple) take is the addition of consensual dueling between factions. Honestly, I find this to be an awesome addition! Even better, the new lands will not be the only place that consensual PvP is practiced as NCsoft is adding neutral regions to already existing lands as well. How many times have Daevas wondered just who would really come out on top in single combat? This was never really possible because even if the two contestants were fighting, anyone walking by could hop in and skew the results. What a great opportunity for Asmodians and Elyos alike to put their money where their mouths are, to put up or shut up in the land of bragging rights.

There are a few restrictions. Daevas will not be able to trade with, use the private store of, group with, or follow enemy players. My question, however, is a resounding "WHAT ABOUT CHAT?!" Roleplayers can swoon with delight about the chance to actually interact with the opposing faction for more in-depth story lines, especially if they enable chat between the two races. And anyone who has friends on the opposing side can catch a break and actually hang out with them a bit without getting ganked by passersby.

Level up, level up!

Of course, whenever a major expansion with new lands comes out, we get the resulting increase in the level cap. Daevas who felt stagnant at level 55 can now soar on up to level 60. And with this increase comes many related changes, including more gear, new skills, and other sundry stuff for those who move on up the level ladder. Without going into too much detail about the added level-related stuff ('cause giving each class equal due would simply exhaust my word count), there is one definite change that Daevas need to expect: The high-end level 60 PvP gear can only be worn by Daevas who are ranked 1 or higher. This means no more fighting the best-geared PvP folks only to get no AP reward because they are all of the lowest AP ranks. I think this is a great way to encourage higher-ranked Daevas to venture out of their safety zones and take risks to continue to participate in PvP.

Over the last couple of weeks we have focused on ways to get your dungeon crawl on. Aion obliges those who want to experience some PvE one-stop loot shops by announcing six new instances. Now personally, I read over the notes and only count five revealed, so unless they are counting Landis Forest/Dorgal Manor as two separate instances (even though they share the same description), we may have an undisclosed dungeon yet. Sadly, I'm betting on the former. Of course, each boasts new loot drops and new boss mobs to vanquish in order to obtain said loot.

Tahmes: A six-Daeva dungeon open to all Daevas level 56-60, Tahmes offers a short cooldown of only six hours. Both races enter this dungeon from Sarpan without any entrance quest. Ever think that only Daevas fight against Tiamat? This dungeon is actually the prison of the dragon Raksha and his rebels who opposed the Dragon Lord. I swear Aion is still teasing me about the possibility of grouping together with the opposing faction, as the wording of "the Reians are asking for help from both the Elyos and the Asmodians, in order to stop the dragon's resurrection" could imply just that. I know, I know -- it's never going to happen.

Rentus Base: Capitalizing on the no-entry-quest idea of the the previous dungeon, RB (OK, I am making that moniker up, but it holds to tradition), the only other single-group dungeon to be added, sends Daevas levels 58 through 60 into a great secret fortress that was built to launch a counterattack but instead fell to the forces of Tiamat thanks to some treachery on the part of the leader of counterattack.

Landis Forest/Dorgal Manor: A double-group dungeon, LF/DM pits 12 Daevas against unique spirits and an evil Draken sorcerer who is experimenting with and attempting to harness the spirits' power. To delve into this new lore, Daevas must be level 58-60.

Aturam Sky Fortress: Groups didn't get all the lovin' in 3.0; this fortress adds another dungeon to the solo instances collection. Not only that, but it is the only dungeon available immediately to Daevas once 3.0 releases, as the minimum level requirement is only 55. Again, there is no entrance quest (notice a trend here?), but the only way to reach the final boss is by first completing the quests given by the NPC Hariken.

Sand Lord's Lair: Of all the new dungeons, this one located in Sarpan boasts the largest Daeva count: 24. Daevas do not need to complete any type of entry quest, but they must be between the levels of 57 and 60. Here, your alliance gets the chance to face intelligent mutant sand bugs that ate their last opponents and absorbed their consciousness, memories, and language!

New dungeons aren't the only things getting attention; significant changes are coming to existing instances Steel Rake and Beshmundir Temple. A solo part (mid-level only) is being introduced in SR, and in Besh, the adds that surround Dorakiki the Bold are being removed. That means no one has to forfeit her DP as the sacrificial puller anymore!

Although I haven't left much room for many other golden nuggets of information, there are two that I just can't wait to share. There is no need to dress the first little tidbit up, so let's just quote the patch notes directly: "Players can now use 'Remove Shock I' even when silenced." Booyah! This is one of the few changes that I think all victims will herald with ticker-tape.

And although I really can't give equal time to all classes and skills, I did squeal happily at this next little reveal (well, I am an Assassin after all!). Three of the Sin's skills will be usable while moving: Assassination I ~ III; Agonizing Slash I ~ IV; and Agony Rune I ~ II. When your life depends on quick strikes and dodging, this makes complete sense.

Unfortunately, that about wraps up our available time and space this week. However, there really are so many more juicy morsels of expansion goodness to share, including XP, mounts, and PvP. So tune in next time when we will discover -- and possibly even drool on -- more of the upcoming 3.0 goodies.

Soaring through the Aionosphere, MJ Guthrie touches down weekly to bring you Wings Over Atreia. Featuring tips, guides, and general snippets of life in Aion, the column is better than Tutty-on-a-stick, ackackackackackack! Have a suggestion to share? No need to bribe a Shugo -- just send mail to mj@massively.com.
In this article: 3.0-patch, aion-3.0, aion-ascension, Aturam-Sky-Fortress, besh, beshmundir-temple, Dorgal-Manor, dungeon, dungeon-crawl, dungeon-crawling, dungeons, expansion, featured, increased-level-cap, Landis-Forest, level-cap, level-cap-increase, new-content, new-lands, new-zones, patch-3.0, patches, Rentus-Base, role-play, role-playing, roleplay, roleplayer, roleplayers, Sand-Lords-Lair, Sarpan, skill-changes, SR, Steel-Rake, Tahmes, Tiamaranta, Wings-Over-Atreia
All products recommended by Engadget are selected by our editorial team, independent of our parent company. Some of our stories include affiliate links. If you buy something through one of these links, we may earn an affiliate commission.
Share
Tweet
Share