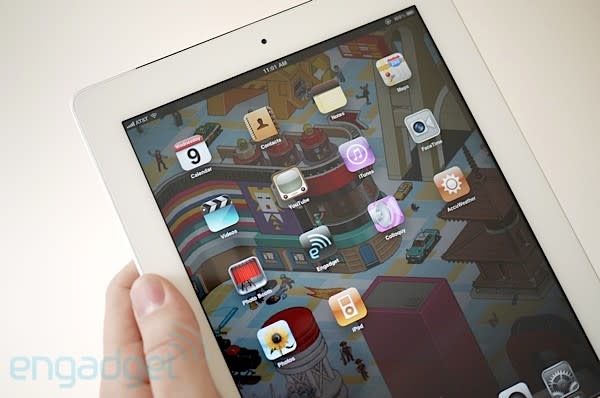 The legal tussle between Apple and Proview over the iPad has swung in Cupertino's direction. According to Chinese news outlet Xinmin, a Shanghai court has rebuffed Proview's demand for an injunction halting the sale of the Apple tablet due to licensing issues. The Pudong New Area People's Court made the decision yesterday, stating that while the Guangdong court case has yet to make a final decision on who owns the "iPad" trademark, there wasn't enough evidence on Proview's side to honor an injunction.

For those who've just caught up with the story, here's a quick overview: starting in 2000, Proview's Taiwan branch registered the "iPad" trademark in several countries, with the Shenzhen branch doing the same in China. Apple then bought worldwide rights from Proview Taiwan, which would have included China. Proview Shenzhen, who has gone into debt restructuring since 2010, is now saying that it never authorized its Taiwan counterpart to do so, but Apple claims that it has Proview Shenzhen's signatures on the paperwork. It looks like eventually it's going to get easier to grab that iPad in China, though if Apple's appeal case in the Guangdong court fails, then Proview could easily strike again with more ammo.

Update: Looks like Proview is bringing the fight to Apple's home turf. We've just learned that the Chinese company filed a lawsuit against the Cupertino firm on February 17th in Santa Clara County, California, where it alleges deception in Apple's purchase of the iPad trademark. [WSJ]
In this article: apple, ban, china, court, guangdong, injunction, ipad, lawsuit, proview, pudong, sale, shanghai, tablet, trademark
All products recommended by Engadget are selected by our editorial team, independent of our parent company. Some of our stories include affiliate links. If you buy something through one of these links, we may earn an affiliate commission.
Share
Tweet
Share