Disney+ has a new warning label for content with racist stereotypes 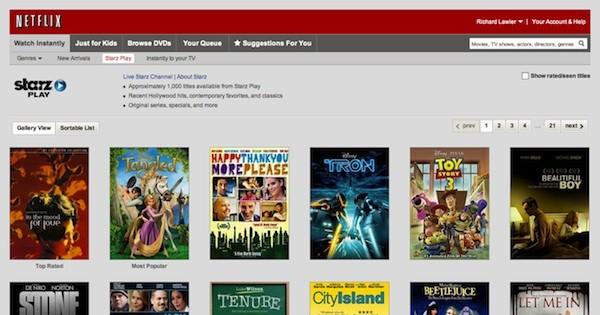 A little more than three years after arriving on Netflix's Watch Instantly streaming service, Starz is packing up its online package of movies and original TV shows and heading home at the end of this month. While the deal brought in high profile movies from Disney and Sony (not to mention shows like Spartacus and Boss), it's also caused problems with the availability of certain movies / features on the Xbox 360, a renegotiation of terms between Starz and Disney followed by the removal of Sony's flicks from the service last year. Finally Starz reportedly asked Netflix to change its pricing strategy to a tiered one, but the companies couldn't agree and renewal negotiations ended September 1st of last year. Netflix is trying to fill the gap with more deals directly with studios and offering its own original shows, while the selection of kid-friendly movies will be supplemented by a Dreamworks arrangement that kicks off in 2013.

That means subscribers have until midweek to enjoy Toy Story 3, Tangled or about 800 (mostly somewhat lesser-known) other movies that may be kicking around in their queues. While Netflix breaks out the Starz Play titles on its site, TVandMoviesNOW has put together a list of all of them, sortable by release date, rating, genre and other items including the 50 or so that are viewable on Amazon's Prime streaming service. We probably won't dive in too deeply since the movies lack HD res and surround sound, but if you haven't seen Party Down yet then this is the time.
In this article: disney, hdpostmini, netflix, sony pictures, SonyPictures, starz, starz play, StarzPlay, streaming, watch instantly, WatchInstantly
All products recommended by Engadget are selected by our editorial team, independent of our parent company. Some of our stories include affiliate links. If you buy something through one of these links, we may earn an affiliate commission.
Share
Tweet
Share