MSDN Windows Help blog plays on our love of keyboard shortcuts, tells how to navigate Windows 8 like a pro

Windows 8 Consumer Preview hits one million downloads in a day 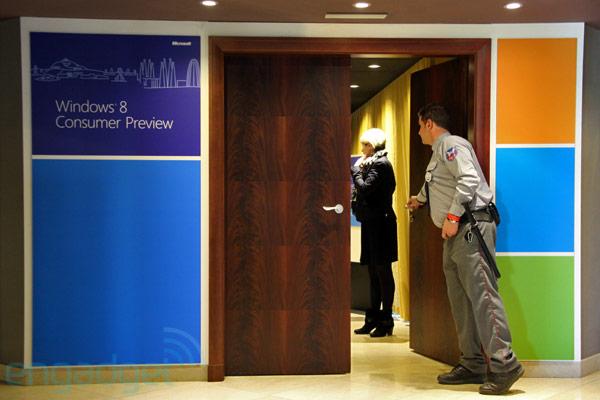 Today's the day! It's been months since we tested the Windows 8 Developer Preview, and now Microsoft is finally ready to let the general PC-using public give it a whirl. While we already have a feel for the overarching interface, which mashes together the traditional desktop and Metro-inspired tiles, we haven't yet had a glimpse of the native apps that will ship as part of the OS. And think of the untold number of tweaks Redmond must have made since the Developer Preview dropped! Will we get to poke around the Windows Store? Will switching between apps be any less jarring this go 'round? And what's the fate of the Start button? Stay tuned to find out what the OS will look like in its (almost) final form.

February 29, 2012 9:30 AM EST
In this article: consumer preview, ConsumerPreview, liveblog, Microsoft, mobile world congress 2012, MobileWorldCongress2012, operating system, OperatingSystem, OS, software, Win 8, Win8, Windows, Windows 8, Windows 8 Consumer Preview, Windows8, Windows8ConsumerPreview
All products recommended by Engadget are selected by our editorial team, independent of our parent company. Some of our stories include affiliate links. If you buy something through one of these links, we may earn an affiliate commission.
Share
Tweet
Share