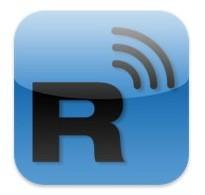 For $10, LookTel Recognizer by IPPLEX offers a brilliant app for anyone with visual impairments. It offers recognition technology that allows iPhones to "learn" objects and speak them back whenever that object appears on-screen (or, more accurately, on-camera) at a later time. From canned goods to slippers to stuffed animals, LookTel quickly mastered most every item I threw at it. You hold out the phone and let it "look" for you.

The most practical uses of the app are in pantries and at stores. When the phone recognizes a brand, it speaks out what it sees. This lets unsighted or visually impaired users distinguish between items that are similar in feel and shape. This app builds on the success of LookTel's earlier Money Reader app.

LookTel's technology is a true recognition wonder -- so it's a pity that the app itself doesn't match up to its potential. It's sad that such a significant and important app is weighed down by a barely adequate user interface, one that was clearly developed by engineers rather than usability experts. From table items that don't respond to standard interactions like swipe-to-delete, to inelegant button layouts, the GUI on-offer is dire.

Take the following table for example, with its glaring lack of Edit features.

This is part of the interface meant to be used by a sighted person who sets up the recognition items. There's no option to rename items, to make them more instantly comprehensible for editing. For example, the first of the three 8:33 AM items is Greek dressing, the second olives, the third Cup-o-Soup. Imagine trying to wade through hundreds of these.

What's more, you must select each item to delete it from the list, and you cannot reorder or group items for better management.

The Share Items option is dire. You must share all items in your library, not just select a subset. If I want to share my pantry data, the teddy bear and slipper images are going to go along as well.

The non-sighted user experience is flawed as well, working especially poorly with VoiceOver. VoiceOver is Apple's built-in accessibility interface that uses a separate interaction vocabulary of touches and spoken interface descriptions. When tested with VoiceOver enabled and screen curtain (a developer aid that allows the screen to be disabled, in order to better simulate sightless use), Recognizer ground to a complete halt outside of point-to-recognize use.

Specifically, Recognizer offers a built-in barcode mode which allows the app to scan for barcodes and look them up online, a la Red Laser. It was nearly impossible to switch into this mode reliably using VoiceOver, and once in that mode, the barcode recognition almost never worked. It took me over two minutes to get the app to read and recognize the barcode from my Cup-o-Soup box.

I found that Recognizer worked best when kept out of VoiceOver. Its rather quirky flash mode meant VoiceOver kept going into and out of "Torch-on" "Torch-off" mode (that's what VoiceOver calls the onboard LED). It was pretty annoying. Disabling VoiceOver (I have the triple-Home-button shortcut enabled on my iPhone) led to much better use.

Recognizer is one of the worst battery hog apps I have ever encountered. I tested on a 4S with full charge. It might not last through a normal one hour shopping trip to Super Target. Surely, a better use of the built in AV frameworks could minimize that battery drain when used by non-sighted users in recognition mode, and could reduce the load in learning mode.

In the end, Recognizer is amazingly promising in its technology but lets itself down with a kludgy interface. It deserves far better. If you need this app, buy it now. It really is a wonder. At the same time, the developers should really hire a GUI and usability team that understands how the app should be used in real life, who its end-users are, and help craft a better experience.

In this article: App Review, AppReview, Hands On, HandsOn, LookTel, LookTel Recognizer, LooktelRecognizer, Review
All products recommended by Engadget are selected by our editorial team, independent of our parent company. Some of our stories include affiliate links. If you buy something through one of these links, we may earn an affiliate commission.
Share
Tweet
Share