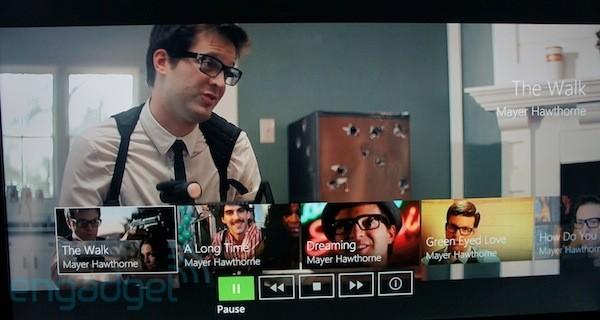 The video services Microsoft announced would be coming to Xbox 360 continue to trickle out and the latest is from Vevo. What it brings free of charge (with the exception of the req'd Xbox Live Gold subscription, of course) is a library of music videos that's big enough (45,000 deep) for you to remember when the M in MTV stood for something. An additional bonus is that many of the videos are actually in high definition, unlike the ones broadcast on MTV and Fuse's high definition channels, and when we talked to the company ahead of the launch we were told the audio and video have been reencoded specifically for TV viewing.

There's the requisite Kinect integration for voice and gesture control, and users can create a queue of videos and skip through them without pausing the action, and of course share what they're playing with other users on Xbox 360 and services like Facebook. Best of all, it's not a pay-per-view setup like iTunes or the standard Xbox music videos. There are a few quirks however, like needing to create a Vevo account to get access and the number of clicks it takes to add videos to a playlist. Still, whether you want to autoplay all of your favorite artist's videos or pick one at a time it all works pretty well -- the only problem now is finding something worth listening to. Check the Xbox 360 app marketplace to download it or give the video demo (embedded after the break) a peek.

In this article: ads, hd, hdpostmini, microsoft, music video, music videos, MusicVideo, MusicVideos, vevo, video, xbox, xbox 360, xbox live, Xbox Live Gold, Xbox360, XboxLive, XboxLiveGold
All products recommended by Engadget are selected by our editorial team, independent of our parent company. Some of our stories include affiliate links. If you buy something through one of these links, we may earn an affiliate commission.
Share
Tweet
Share