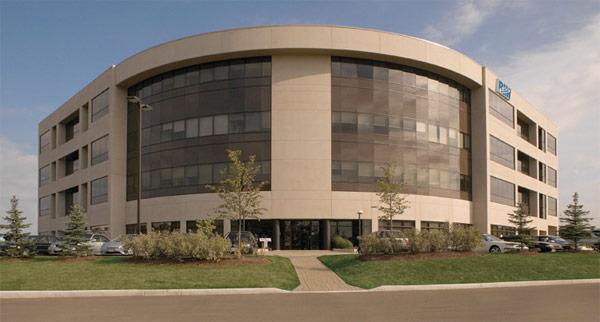 We've already seen a bit of big news slip out ahead of RIM's earnings announcement, and the company's now dropped another bombshell itself. Former co-CEO Jim Balsillie has resigned from his position on the company's board of directors. In a statement, Balsillie said simply: "As I complete my retirement from RIM, I'm grateful for this remarkable experience and for the opportunity to have worked with outstanding professionals who helped turn a Canadian idea into a global success." RIM also confirmed that CTO David Yach would be retiring as well, and that COO Jim Rowan has "decided to pursue other interests," but it hasn't offered any indication of a broader shakeup beyond those three departures.

As for the fourth quarter earnings, RIM is reporting revenue of $4.2 billion, down 19 percent from the third quarter, and a GAAP net loss of $125 million. Total BlackBerry shipments for the quarter dipped 21 percent to 11.1 million units, while PlayBook shipments totaled 500,000, which is actually a new high water mark for the tablet (1.3 million were shipped during the fiscal year). This is also notably the company's first quarterly earnings under the leadership of new CEO Thorsten Heins, who admits that the RIM faces some "significant" business challenges over the "next several quarters," and says that he's "taking the necessary steps to address them." That includes "increased management accountability and process discipline," as well as what he describes as a "comprehensive review of strategic opportunities including partnerships and joint ventures, licensing, and other ways to leverage RIM's assets and maximize value for our stakeholders."

On the company's earnings call, Heins further added that he intends to refocus on the company's enterprise business, and not try to be "all things to all people." He went on to offer an even more frank assessment of RIM's current state than he had earlier, stating that these are "difficult times" and that there's "no guarantee of success," while also adding that he's open to exploring "all opportunities." That includes the possibility of licensing BB10 which, incidentally, will apparently address the company's current LTE deficit "later this year." Asked on the call whether he would consider getting out of the hardware business altogether, Heins says that he prefers an "integrated" approach, but left the door open a little to that being done through partnerships instead of completely in-house -- he also repeatedly noted that he wants RIM devices to be high-end, "aspirational" products. In short: the company's focus now is on BB10 and enterprise, but it's seemingly leaving just about everything on the table.
Show full PR text
Research In Motion Reports Year-End and Fourth Quarter Results for Fiscal 2012

Highlights:
$2.1 billion in cash, cash equivalents, short-term and long-term investments at the end of the quarter, which increased by approximately $610 million in the quarter
Cash flow from operations of approximately $1.1 billion, up from approximately $900 million in Q3
Revenue of $4.2 billion, down 19% from the third quarter
GAAP net loss in Q4 of $125 million or $0.24 per share diluted; adjusted net income of $418 million or $0.80 per share diluted
BlackBerry smartphone shipments of 11.1 million in Q4, down 21% from Q3
RIM to discontinue providing specific quantitative guidance
RIM provides update on organizational changes

Q4 Results:
Revenue for the fourth quarter of fiscal 2012 was $4.2 billion, down 19% from $5.2 billion in the previous quarter and down 25% from $5.6 billion in the same quarter of fiscal 2011. The revenue breakdown for the quarter was approximately 68% for hardware, 27% for service and 5% for software and other revenue. During the quarter, RIM shipped approximately 11.1 million BlackBerry smartphones and over 500,000 BlackBerry PlayBook tablets.

"I have assessed many aspects of RIM's business during my first 10 weeks as CEO. I have confirmed that the Company has substantial strengths that can be further leveraged to improve our financial performance, including RIM's global network infrastructure, a strong enterprise offering and a large and growing base of more than 77 million subscribers. I'm very excited about the prospects for the BlackBerry 10 platform, which is on track for the latter part of calendar 2012. Notwithstanding these strengths and opportunities, the business challenges we face over the next several quarters are significant and I am taking the necessary steps to address them," said Thorsten Heins, President & CEO of Research In Motion. "In addition to delivering the BlackBerry 10 platform and refocusing resources on RIM's key opportunities, such as BlackBerry Mobile Fusion and new integrated service offerings, we will also drive greater operational performance through a variety of initiatives including increased management accountability and process discipline. In parallel, we are undertaking a comprehensive review of strategic opportunities including partnerships and joint ventures, licensing, and other ways to leverage RIM's assets and maximize value for our stakeholders."

Change to Guidance Practices and Outlook:

The company expects continued pressure on revenue and earnings throughout fiscal 2013. Due to a desire to focus on long term value creation and the current business environment, RIM will no longer provide specific quantitative guidance. Some of the factors contributing to this include, ongoing weakness in the Company's U.S. smartphone business, an increased focus on selling BlackBerry 7 smartphones to grow the subscriber base in advance of the BlackBerry 10 launch, increasing competitive pressure in the Company's international markets and the introduction of certain new lower tier service pricing initiatives and a higher mix of sales coming from entry level products.

Organizational and Board of Directors Update:

Jim Balsillie, former Co-CEO of the Company, has resigned as a Director on the Company's Board.
"As I complete my retirement from RIM, I'm grateful for this remarkable experience and for the opportunity to have worked with outstanding professionals who helped turn a Canadian idea into a global success," said Jim Balsillie.

"On behalf of the Board and everyone at RIM, I would like to thank Jim for his 20 years of service to RIM," said Barb Stymiest, Chair of RIM's Board of Directors. "His energy, drive and enthusiasm helped build one of the most successful technology companies of our time."
In addition, David Yach will be retiring from his role as CTO, Software after 13 years with the Company and after 4 years with the company and following an open dialogue on the future of global operations, Jim Rowan, COO, Global Operations, has decided to pursue other interests. The Company is currently undertaking a search to hire a single COO with responsibilities to run the Company's operations.

"RIM would like to thank David Yach and Jim Rowan for their years of service and many contributions to RIM," said Thorsten Heins, President and CEO. "We wish them well in their future pursuits."

Research In Motion (RIM), a global leader in wireless innovation, revolutionized the mobile industry with the introduction of the BlackBerry® solution in 1999. Today, BlackBerry products and services are used by millions of customers around the world to stay connected to the people and content that matter most throughout their day. Founded in 1984 and based in Waterloo, Ontario, RIM operates offices in North America, Europe, Asia Pacific and Latin America. RIM is listed on the NASDAQ Stock Market (NASDAQ:RIMM) and the Toronto Stock Exchange (TSX:RIM). For more information, visit www.rim.com or www.blackberry.com.
In this article: 2012, balsillie, blackberry, breaking news, earnings, heins, jim balsillie, JimBalsillie, mobilepostcross, q4, q4 2012, Q42012, rim, thorsten heins, ThorstenHeins
All products recommended by Engadget are selected by our editorial team, independent of our parent company. Some of our stories include affiliate links. If you buy something through one of these links, we may earn an affiliate commission.
Share
Tweet
Share