The Anvil of Crom: A tale of two Conans 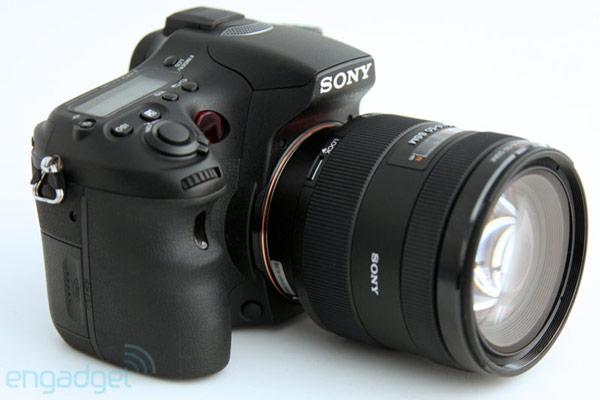 It's no secret that Sony's A77 and A65 SLT cameras have suffered from noticeable lag when it comes to adjusting exposure settings, among other things. For those irked, you'll be pleased to know that the company has just updated both cameras to firmware version 1.05, claiming it'll "sharpen their responses." Specifically, you'll be noticing faster cold startups shutdowns, quicker response times from the front and rear dials and faster access to images in auto review. That's not all, however, as Sony has also added in-camera shading and chromatic aberration compensation for 11 of its A-mount lenses, which can translate to less time cooking your images in post. Last, but not least, the A77 gets an extra bonus for its autofocus system that improves its abilities in high-contrast environments, while the SAL500F40G 500mm F4 G SSM super-telephoto lens will now focus faster with both shooters. Shutter finger already twitching? Don't delay, you'll find full details in the press release after the break and download information at the source link below. Be sure to let us know how it treats you in the comments.

Available for free download from 29 March 2012, firmware Version 1.05 adds several enhancements to both cameras. Alongside heightened responsiveness, it improves operability of both cameras with a wider choice of A-mount optics by Carl Zeiss and Sony.

Both cameras can now intelligently correct vignetting, lateral chromatic aberration and distortion for a total of 11 A-mount lenses, including a further six models that are now supported:

Operability of both cameras is further improved with a number of refinements that facilitate smoother, faster handling.

Auto review responses are now quicker, without a 'processing' message being displayed
Time between power switch operation and power off has been shortened
Front/rear dial responses are improved

Autofocus accuracy is now improved when focusing on scenes with wide contrast difference between objects (applies to SLT-A77 only). In addition, AF speed is improved when using both cameras with the recently-announced SAL500F40G 500mm F4 G SSM super-telephoto lens by Sony. You'll be able to focus faster on athletes, wildlife and other distant subjects with this bright, high-magnification lens that is available exclusively to order.

Firmware version 1.05 for the α77/α65 Translucent Mirror cameras by Sony is available as a free download to registered owners from 29th March 2012
In this article: 1.05, a65, a77, alpha, autofocus, camera, carl zeiss, CarlZeiss, chromatic aberration, ChromaticAberration, firmware, lens, photography, shading, single translucent mirror, SingleTranslucentMirror, SLT camera, slt-a77, SltCamera, sony, sony alpha, sony alpha a65, sony alpha a77, SonyAlpha, SonyAlphaA65, SonyAlphaA77, zeiss
All products recommended by Engadget are selected by our editorial team, independent of our parent company. Some of our stories include affiliate links. If you buy something through one of these links, we may earn an affiliate commission.
Share
Tweet
Share