Liquor stores will laugh in the Face.com at your fake ID 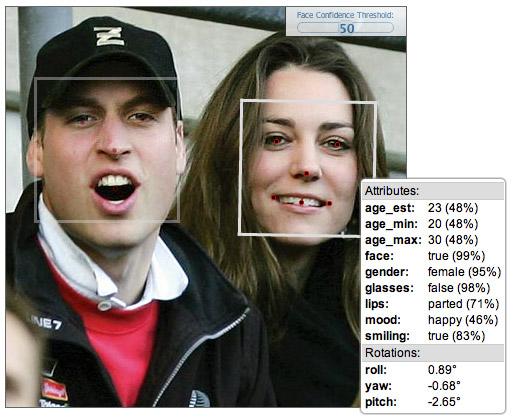 Okay, it's only three months 'till your glorious twenty-first birthday, so near, yet technology has to come along and rain on your parade. You might think you look legal, but if claims by engineers at Face.com are to be believed, they're not having it. Using the firm's face recognition technology and a new API, they believe it can determine age based on a photo. The technology is open to all developers who might want to add age restriction into their apps, although it's unlikely that you would want to rely on this as your sole method of verification. The algorithm takes a number of factors into account, such as face shape, and skin smoothness, so at the very least you'll be able to find out if your t-zone routine is working. Hit up the more coverage link, where there's a free iOS app to learn the harsh reality.
In this article: age recognition, age recognition app, age verification, AgeRecognition, AgeRecognitionApp, AgeVerification, api, app, apps, developer, developers, face.com, face.com api, Face.comApi
All products recommended by Engadget are selected by our editorial team, independent of our parent company. Some of our stories include affiliate links. If you buy something through one of these links, we may earn an affiliate commission.
Share
Tweet
Share