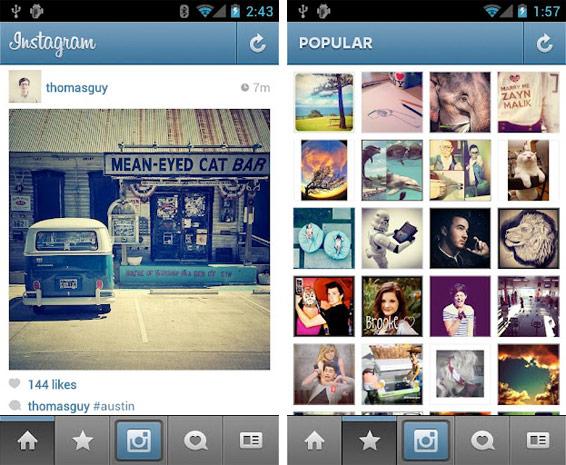 We've waiting for what feels like forever, but the Android contingent can finally carry on with life knowing that at least some things are (semi) fair. Yes, Instagram is now available for Android. Keeping with tradition, the app itself is free to download, and the outfit seems overjoyed with finishing up what it's (accurately) calling "one of the most anticipated releases on the Android platform to date." It's also clear that the team has done more than a simple port, and while the exact same filters will be found here as on the iOS version, the team has worked to make the app responsive and fluid on Android's vast landscape. We are told, however, that there are a few features that will not be included in the first version of the Android app (Tilt Shift / Blur, Share from Feed, Live Preview and Share to Flickr), but upcoming versions are intended to bridge any differences.

For now, any phone running Android 2.2 or above (with support for OpenGL ES 2) is compatible, but Android tablets are not. There's a maximum resolution support of 2,048 x 2,048, and the company assures us that the "exact same filters and algorithms are implemented on both [iOS and Android builds], so there is no difference in the output other than the raw image quality that differs between phones." Eager to get going? Head to Play on your device, or visit the source link below. We're excited for this launch because it is one of the most anticipated releases on the Android platform to date. As part of this excitement, we'd like to provide you with useful info to understand and cover the announcement. To help with this, we've created a Press Center: http://instagram.com/press. Here you'll find:


We've put an incredible amount of effort into this app to make a first-class experience for Android users everywhere – we hope you'll take a moment to download the app, review the press center and reach out with any questions you might have.
In this article: android, app, camera, download, google, google android, google play, GoogleAndroid, GooglePlay, instagram, instagram for android, InstagramForAndroid, mobilepostcross, now available, NowAvailable, photography
All products recommended by Engadget are selected by our editorial team, independent of our parent company. Some of our stories include affiliate links. If you buy something through one of these links, we may earn an affiliate commission.
Share
Tweet
Share