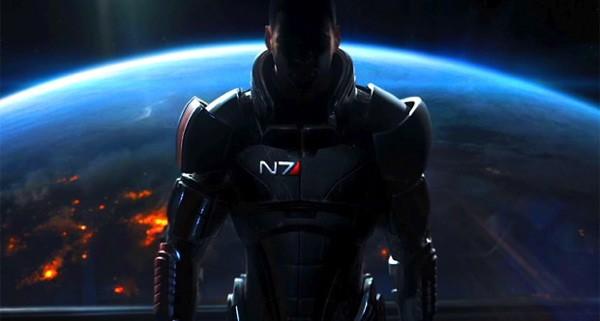 SPOILERS. Who can't name a beloved TV series that didn't end the way you wanted? BSG? Lost? Sapphire and Steel? Blake's Seven? Quantum Leap? The Sopranos? All of which ended either with tear-inducing bum-notes or confusing conclusions that caused furious head scratching. Despite that, the traditional reaction is to say "Well, I didn't enjoy that, but I respect the writer's artistic decision." Not so for gamers who felt short-changed by the intentionally devastating conclusion to Mass Effect 3. Fans of the game poured their outrage online, developer BioWare saying that the feedback it had received was "incredibly painful." A fan campaign that raised $80,000 in under a fortnight for Child's Play was enough to make the team behind the title concede defeat against the geo-political disruptor that is the internet with a cause. The company is now devoting all of its efforts to producing an "extended cut" DLC for the summer, but fans expecting a fourth ending where they can watch Commander Shepard on a sun-lounger, margarita in hand had better start complaining now -- the new content will only offer more depth and an extended epilogue to those tragic scenes you've already witnessed. SPOILERS END
Show full PR text
BioWare Announces Mass Effect 3: Extended Cut

REDWOOD CITY, Calif.--(BUSINESS WIRE)-- BioWare, a Label of Electronic Arts Inc. announced Mass Effect™ 3: Extended Cut, a downloadable content pack that will expand upon the events at the end of the critically acclaimed Action RPG. Through additional cinematic sequences and epilogue scenes, the Mass Effect 3: Extended Cut will give fans seeking further clarity to the ending of Mass Effect 3 deeper insights into how their personal journey concludes. Coming this summer, the Mass Effect 3: Extended Cut will be available for download on the Xbox 360® videogame and entertainment system, PlayStation®3 computer entertainment system and PC for no extra charge*.

"We are all incredibly proud of Mass Effect 3 and the work done by Casey Hudson and team," said Dr. Ray Muzyka, Co-Founder of BioWare and General Manager of EA's BioWare Label. "Since launch, we have had time to listen to the feedback from our most passionate fans and we are responding. With the Mass Effect 3: Extended Cut we think we have struck a good balance in delivering the answers players are looking for while maintaining the team's artistic vision for the end of this story arc in the Mass Effect universe."

Casey Hudson, Executive Producer of the Mass Effect series added, "We have reprioritized our post-launch development efforts to provide the fans who want more closure with even more context and clarity to the ending of the game, in a way that will feel more personalized for each player."

The Mass Effect franchise is one of the most highly decorated series in the history of games, having earned over 250 awards from critics around the world. Mass Effect 3 launched last month to universal critical acclaim, receiving over 75 perfect scores. For more information on Mass Effect 3, please visit http://masseffect.com, follow the game on Twitter at http://twitter.com/masseffect or "like" the game on Facebook at http://facebook.com/masseffect. Press assets for Mass Effect 3 are available at www.info.ea.com.
In this article: Activism, BioWare, Childs Play, ChildsPlay, Complaint, Complaints, EA, EA Games, EaGames, Mass Effect, Mass Effect 3 ending, MassEffect, MassEffect3Ending, ME3, Petition, Petitions, Unhappy Ending, UnhappyEnding
All products recommended by Engadget are selected by our editorial team, independent of our parent company. Some of our stories include affiliate links. If you buy something through one of these links, we may earn an affiliate commission.
Share
Tweet
Share