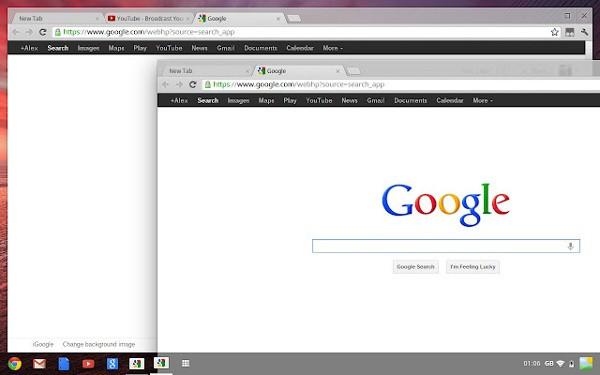 When the Aura UI first reared its rather ugly head back in November it was unclear what the future of the project was. Now, though, the hardware accelerated window manager and desktop has grown up (at least a little bit) and is being pushed out to owners of Acer and Samsung Chromebooks running on the dev channel. It's becoming clear that Google is prepping to take on the desktop OS market on more familiar ground. The updated UI includes a taskbar, a Launchpad-like launcher and individual overlapping windows, while hardware acceleration allows for those new components to feature slick animations. Chrome OS 19 also gains support for a few new file types, including .gz and .tar, as well as a slightly updated media player. The only truly unfortunate thing is it seems Cr-48 owners are left out in the cold. One more screenshot after the break.