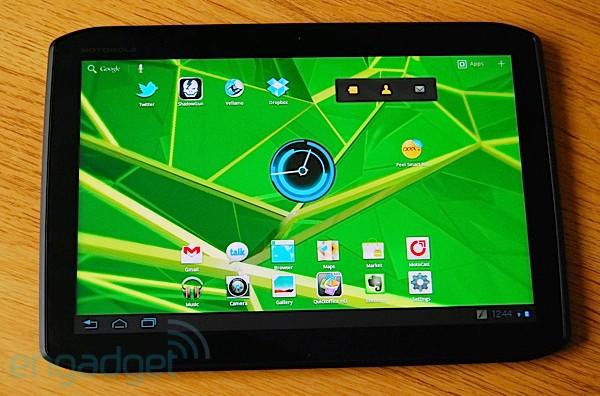 Motorola's Xoom 2 is, undeniably a strong tablet. It was able to beat a Galaxy Tab 10.1 and a Transformer Prime in some of our performance tests, battery life is around nine hours and it's nearly running a pure version of Honeycomb. We're a big fan of that display, but less so its unnatural attraction to fingerprints. As we sit anxiously waiting for Ice Cream Sandwich to make its belated way onto the slate, we want to know: what do you think works, what did Motorola scrimp on and what would you change to make it a better device?
In this article: Android, Android 3.2, Android3.2, Honeycomb, How Would You Change, HowWouldYouChange, HWYC, Ice Cream Sandwich, IceCreamSandwich, Moogle, Motorola, Motorola Xoom, Motorola Xoom 2, MotorolaXoom, MotorolaXoom2, Xoom 2, Xoom2
All products recommended by Engadget are selected by our editorial team, independent of our parent company. Some of our stories include affiliate links. If you buy something through one of these links, we may earn an affiliate commission.
Share
Tweet
Share