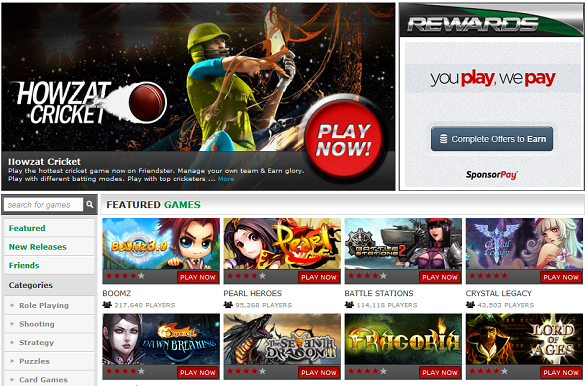 Friendster's as good as dead to the western world (it hasn't really crossed our radar since 2002), but Forbes reports that the site is still huge in Southeast Asia -- though not for the reasons you might think. It was the original social network when in launched in 2002, but its acquisition by e-payment provider MOL Global in 2009 led to its reincarnation as a top online gaming destination for countries such as India, Indonesia and Malaysia. The new Friendster just officially emerged from beta as a game-centric site, and the remaining vestiges of its social networking past -- you can still add friends, after all -- are gamified with reward points. Moreover, owner MOL Global has added e-payments to the mix, letting users buy Friendster Coins to purchase virtual goods. Given predictions that the Asian gaming community will exceed 1 billion by 2016, the site's future is looking rosier than ever. That might lessen the sting of being plum blown out of the social networking game by the big dogs.