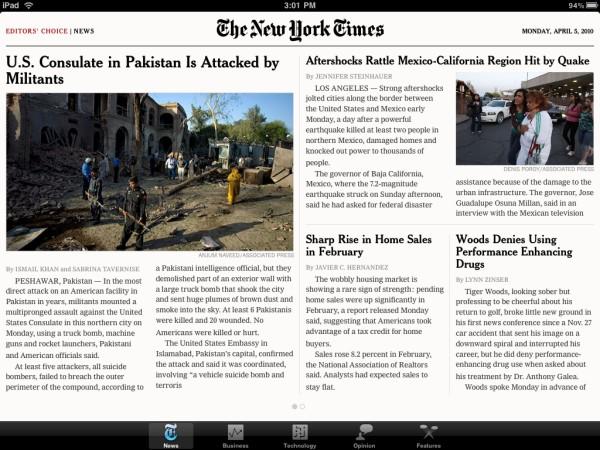 Given how aggressively The New York Times pushes its digital packages -- we've long since dropped our subscription yet are still bombarded with offers -- you'd hope the paper was at least seeing some results. Well, never fear: it is. A report by the Audit Bureau of Circulations (ABC) found that the Times has seen a healthy increase in circulation, with the Sunday edition selling 2,003,247 copies (up 50 percent from last year) and the weekday editions racking in an average of 1,586,757 (up 73 percent). The ABC attributes much of this gain to the NYT's addition of digital access to paper subscriptions, and we're sure the paywall, which limits non-subscribers to just ten free articles a month, has something to do with it, too.