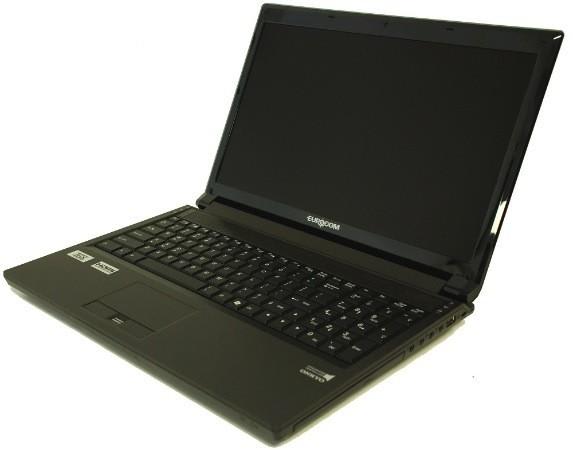 Eurocom calls its Racer 2.0 a small form factor mobile workstation -- by which it means it's a rather sizable laptop, but with plenty of power and decent aesthetics. Known for designing its rigs to be upgradable, the Racer 2.0 is such a recipient, which now offers the Intel HM77 Express chipset and support for both Sandy Bridge and Ivy Bridge CPUs. It offers a 15.6-inch, 1080p display (in both glossy and matte configurations), which is powered by a 1.5GB GeForce GTX 660M GPU as the basic option. Those desiring even more oomph may opt for the 2GB Radeon HD 7970M, and even those in need of true workstation graphics may select from a lineup of NVIDIA's Quadro GPUs. The four SO-DIMM slots will accommodate up to 32GB of RAM, and it'll even accept two hard drives (in addition to an mSATA SSD), so long as you're willing to fill the optical drive's slot. Naturally, all the upgrades can make the price soar in a hurry, but the base configuration starts at reasonably palatable $1283. Ready to be sold a new laptop? You'll find the PR after the break. The EUROCOM Racer 2.0 is a 15.6" small form factor Mobile Workstation utilizing the Intel Mobile HM 77 Express Chipset with support for the full line of 22nm Ivy Bridge Processors. Graphics support comes from AMD Radeon HD 7970M with support for up to three storage drives. The Racer 2.0 supports 32 GB of DDR3-1600 memory for unforeseen multitasking ability and performance in a 15.6" system.

"The addition of the AMD Radeon™ HD 7970M, the highest performing mobile solution from AMD, gives Eurocom customers a superior choice of video processor options to configure into their new Eurocom Racer 2.0 or upgrade into their existing system. This thing is a beast, our customers will love the graphics and overall performance of the Racer 2.0" said Mark Bialic, President of Eurocom.

The EUROCOM Racer 2.0 is built with an ultra heavy duty design for unintentional abuse while on the go. It is a fully upgradeable system with support for the best in mobile technology. The Racer 2.0 can be customized based on processor, memory, storage, display and wireless technology. Based on the HM 77 Express chipset from Intel the EUROCOM Racer 2.0 can support up to 32GB of DDR3-1600 memory from four sockets.

In this article: amd, ati, eurocom, eurocom racer 2.0, EurocomRacer2.0, GTX 660M, Gtx660m, hm77, hm77 express, Hm77Express, intel, ivy bridge, IvyBridge, laptop, laptops, mobile workstation, MobileWorkstation, msata, nvidia, racer, racer 2.0, Racer2.0, Radeon HD 7970M, RadeonHd7970m
All products recommended by Engadget are selected by our editorial team, independent of our parent company. Some of our stories include affiliate links. If you buy something through one of these links, we may earn an affiliate commission.
Share
Tweet
Share