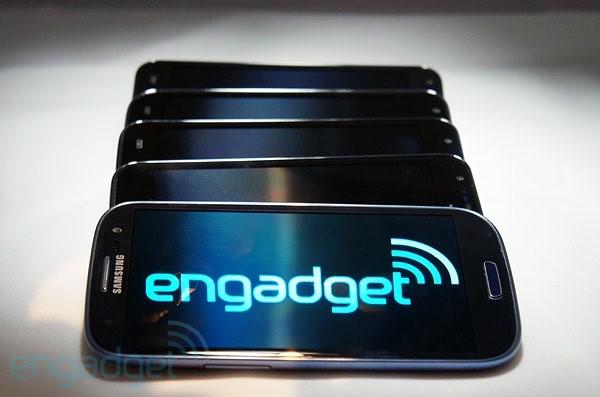 We're here live at Samsung's unveiling of the Galaxy S III and while it was going on, we furiously built this chart to see how the biggest phone of the year stacks up against its two progenitors. Here's some trivia: that 4.8-inch display is 22 percent bigger than the Galaxy S II's, but its overall dimensions only grew by 16 percent. If you're interested in those sort of details, then after the break is where you need to be. 4
In this article: Android, Galaxy, Galaxy Nexus, Galaxy S II, Galaxy S III, GalaxyNexus, GalaxySIi, GalaxySIii, Google, Next Galaxy, NextGalaxy, Samsung, Samsung Galaxy, Samsung Galaxy S III, samsung mobile unpacked 2012, Samsung Next Galaxy, SamsungGalaxy, SamsungGalaxySIii, SamsungMobileUnpacked2012, SamsungNextGalaxy, Tale of the Tape, TaleOfTheTape, Whats Changed, WhatsChanged
All products recommended by Engadget are selected by our editorial team, independent of our parent company. Some of our stories include affiliate links. If you buy something through one of these links, we may earn an affiliate commission.
Share
Tweet
Share