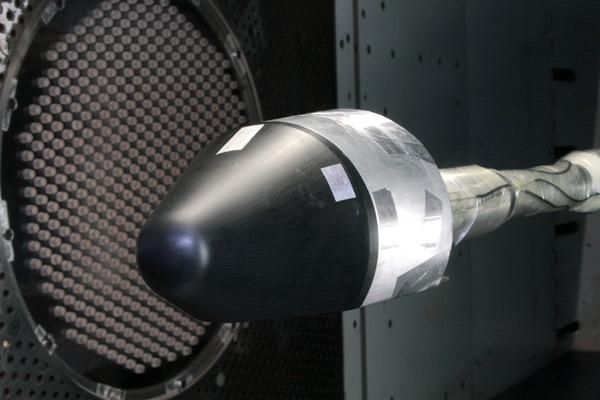 Blue Origin typically keeps pretty tight-lipped about its projects. The private space-travel firm claims it prefers to talk about what is has done, rather than what it hopes to do. As such, We recently heard about its "Space Vehicle" (that's its actual name,) having completed wind-tunnel testing, and now the firm (partly funded by Amazon's Jeff Bezos) has revealed a little more. The craft in question is a seven-seater, and it took 180 rigorous tests to get to the final design. Blue Origin has been working with NASA under the agency's CCDev program, which awarded the firm $22 million to develop the project. Under the same initiative, Blue Origin is about to start testing on its BE-3 engine thrust chamber, which will help give the BE-3 rocket motor its 100,000 pounds of thrust. Once complete, this engine will be used in the company's multi-launch vehicle, and is currently on the test stand at NASA's Stennis Space Center, Mississippi. We'll spare you the puns about it not being "rocket science."

In this article: amazon, blue origin, BlueOrigin, CCDev, commercial space travel, CommercialSpaceTravel, international space station, InternationalSpaceStation, ISS, jeff bezos, JeffBezos, nasa, science, space, Space Vehicle, SpaceVehicle, timeline16race4space
All products recommended by Engadget are selected by our editorial team, independent of our parent company. Some of our stories include affiliate links. If you buy something through one of these links, we may earn an affiliate commission.
Share
Tweet
Share