Volkswagen will only sell its ID electric cars online

Sony sold me on Xperia Agent in one cup of coffee 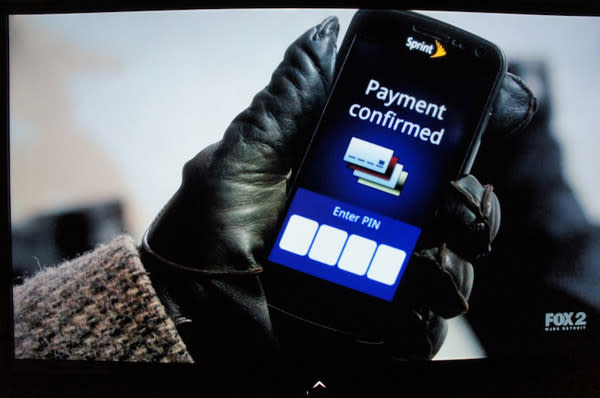 We're not sure exactly what the FBI's standard issue kit consists of, but we imagine it has more than a few bits of secret tech. These screen grabs from this week's Fringe, however, would have us believe that the rogue agents like to pick up their tabs with what looks like Google Wallet. We can clearly see a Sprint-branded Galaxy Nexus being used to for a not-so-undercover financial transaction. At least it looks like the agents might have had an upgrade since we last saw them around these parts.

Update: As many of you have pointed out, there was something wrong with our own intel on this case, and it wasn't one of the agents using the service. Perhaps the bureau isn't comfortable with e-wallets just yet.

In this article: agent, FBI, fringe, galaxy nexus, GalaxyNexus, google wallet, GoogleWallet, screen grab, screen grabs, ScreenGrab, ScreenGrabs, sprint, touch to pay, TouchToPay
All products recommended by Engadget are selected by our editorial team, independent of our parent company. Some of our stories include affiliate links. If you buy something through one of these links, we may earn an affiliate commission.
Share
Tweet
Share