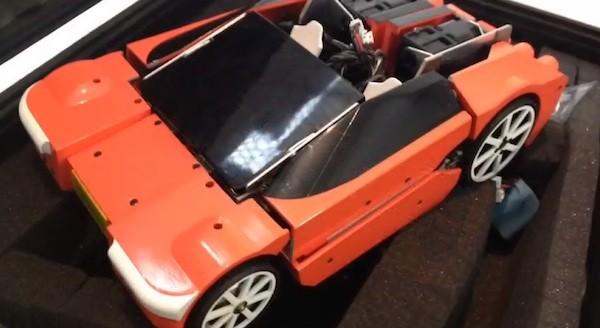 Still bothered by the lack of automated transforming in the official Transformers toys? Then you'll likely want to head straight to the video below to see your dream realized. While details are a bit light, the robot on display was apparently built by Kenji Ishida and JS Robotics, and is just the latest in a series of transforming bots that Ishida has been working on (version eight, to be specific). About the only other detail revealed is that it makes use of 22 servo motors to turn from a car into a surprisingly mobile humanoid robot and, as you might expect, there's no word on any eventual commercial availability.

In this article: bot, humanoid, humanoid robot, HumanoidRobot, JS Robotics, JsRobotics, Kenji Ishida, KenjiIshida, robot, transformer, transforming, video
All products recommended by Engadget are selected by our editorial team, independent of our parent company. Some of our stories include affiliate links. If you buy something through one of these links, we may earn an affiliate commission.
Share
Tweet
Share