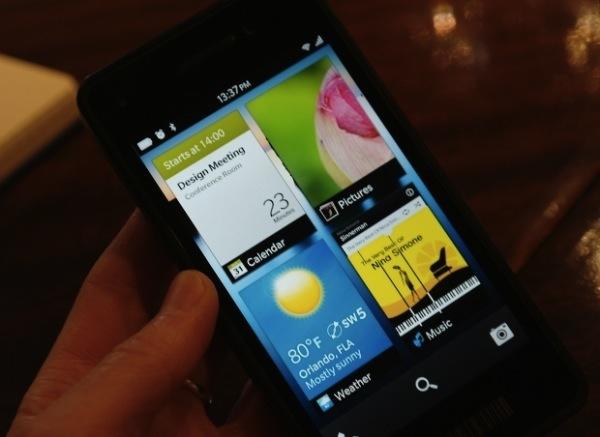 By now, the crew in Waterloo have likely piqued your interest in what's to come for the world of BlackBerry. So far, we've gotten to see the company's developer handset, along with a few screenshots of the BlackBerry 10 software. One element that's remained elusive up until this point, however, was the home screen itself. All of that changed today, as Research in Motion is now providing a sneak peek of it and the full launcher. While you might mistake the home screen as being populated with widgets, in fact, these are open applications that will dynamically change based on your activities. Much of the interface will be gesture-driven, and as such, a quick swipe to the right will bring the full launcher to the forefront -- just hop the break for a glimpse. Similarly, a swipe to the left will reveal the unified inbox. The result is nothing revolutionary, but the BlackBerry 10 designers certainly deserve credit for the clean and functional interface -- it's but one more reason to be excited for what's next.

In this article: BB 10, Bb10, BlackBerry, BlackBerry 10, Blackberry10, mobilepostcross, Research in Motion, ResearchInMotion, RIM
All products recommended by Engadget are selected by our editorial team, independent of our parent company. Some of our stories include affiliate links. If you buy something through one of these links, we may earn an affiliate commission.
Share
Tweet
Share