Welcome to Panasonic's first attempt to crack the increasingly competitive world of Android phones outside of Japan. Its efforts have crystallized into a plastic slab that had a curious appeal when we first handled it at Mobile World Congress a few months ago. We were surprised at how comfortable it felt in the hand and while its spec sheet won't cause any jaws to drop, there's plenty of respectable features -- a 4.3-inch AMOLED display, dual-core processor and a very solid, soft-finish shell that protects that delicate Android hardware against dust and water.

Panasonic's not the only Japanese manufacturer looking to branch out from a contracting domestic market, however, and we have a few concerns with whether the Eluga (£370 / $583) can make a dent in European countries dominated by Apple, Samsung and HTC. Will it bring the same awkward Android skins found on several Japan-only Android phones? Is it really all that waterproof? Dive in after the break to see.%Gallery-155515% 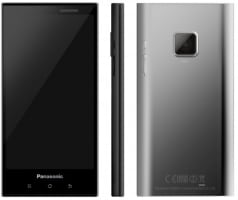 Panasonic kept the design ethos simple and clean -- and it's paid off. While the top and bottom edges are straight, the sides gently taper from front to back, widening to a flat 7.8mm surface at the phone's thickest point. Despite being light and enveloped in plastic, the Eluga holds steady in the hand, and there's no unseemly creak -- presumably due to the non-removable battery and waterproof shell. The matte plastic covers the entirety of the back, while both the top and bottom have a glossier finish. Along the bottom edge, it's interrupted only by a space for the call mic. On the top edge are waterproof covers for both the micro-USB port and micro-SIM card, while the headphone socket, located between the two, is left open to the elements.

Not that it matters all that much, as the Eluga borrows one of Japan's more popular phone tricks by waterproofing the whole device -- provided you keep the micro-USB and micro-SIM covers closed (something the phone will constantly remind you of when you boot it up). While it stands up to rainfall, spillages and the obligatory throw-the-phone-into-a-bowl-of-water test, the device won't function underwater. In fact, any water on the touchscreen surface will interact with the device -- frustrating if you want to use the device in a watery setting, but the handset will at least survive the encounter. The non-replaceable battery is an inadequate-sounding 1,150mAh -- more on that in our battery test section. However, the biggest oversight is on-board storage, with just over 4GB of useable space. There is no option to expand this through microSD storage. It's a pretty miserly offering and we soon filled it up with a handful of Spotify playlists, apps and camera shots.

The phone's face is (nearly) all screen, with a relatively minor black trim outlining the 4.3-inch AMOLED display. This includes the single speaker that doubles as the ear piece, located above the screen. It isn't the best-sounding smartphone speaker and cranking up the volume on our latest Spotify playlists resulted in heavy distortion and a generally tinny sound -- although that's what headphones are for. Three capacitive buttons are tightly grouped along the base of the phone. Panasonic has gone with a three-button layout similar to Samsung's international handsets, with keys for menu, home and navigating backward. Each is signified by an icon and a light-up dot, although you'll need to recall which dot is which in low-light settings, as the icons themselves remain unlit. The steeply contoured sides are home to both the power button and volume rocker, but they didn't seem as awkward as the Xyboard 10.1's power button. Instead, they felt just barely accessible. For us, it's still preferable to placing the buttons along the top edge-- especially on a bigger-screened device like the Eluga. The 8-megapixel autofocus camera stood out from the largely blank back, with no companion flash. NFC is neatly printed below the lens and there's even a spare card included in the box to test out the feature.

Alongside that classy design, the AMOLED screen remains one of the best features of the Eluga -- despite its PenTile nature. The 4.3-inch, qHD (960 x 540) display proves that Panasonic's on the right track with its phone screens. While it finds itself squarely in the middle of the smartphone screen league, it's a confident first effort. Viewing angles are strong and the AMOLED technology keeps those blacks black, but anyone with PenTile issues will find the same off-white hues are still here.

This is where the drawbacks begin. Despite Panasonic's heavy involvement with cameras, the Eluga bears all the hallmarks of a beginner smartphone maker. There's no flash, and while eight megapixels has become the standard for middleweight Android phones and above, we were underwhelmed with the results and frustrated with the UI. Our photos were noisy even in decent lighting, and lacked the pop of more established smartphone families. Following a general trend with recent Android devices, there's no dedicated camera button and no way of locking focus and exposure to reframe shots.%Gallery-155683%

The camera UI itself is rather unwieldy. Panasonic offers up a selection of point-and-shoot features, including a beauty mode (which detects faces and adds some smoothing and extra color), a collage mode that will split a single frame into three different shots and a panorama mode. Unfortunately, the camera app would forget your settings -- including the pretty important focus mode you've chosen, typically defaulting to a face detection setting. Fortunately, there is a touch-focus feature, and the camera is quick to adjust to lighting differences. The Eluga can capture up to 720p video that, while capable of auto-focus, lacks any manual control once you're rolling. The outcome was relatively crisp video and focus is generally quick to adjust, while the colors generally matched their real world subjects.

The Eluga runs on a pretty dated 1GHz dual-core TI OMAP 4430 processor -- a Motorola staple -- alongside 1GB of RAM. While it's enough to power through most smartphone tasks, it's certainly not the most capable and doesn't hold a candle to Qualcomm's latest delights or NVIDIA's quad-core Tegra 3 -- something clearly demonstrated in both our benchmarks and real-life testing.

Swiping between home screens feels twitchy, as the wallpaper stutters along behind widgets and apps. The web browser also underwhelms -- it's frustratingly slow and has a curious knack for switching off the screen when jumping to the browser from other apps. Despite a factory reset, we couldn't get the phone to avoid doing it --and this is a device that's already been on sale for several months. The phone would often seize up during use, with the touchscreen becoming completely unresponsive -- not a good sign on an OS as mature as Gingerbread.

Panasonic's decision to make such a slight phone comes at a cost -- and that's battery life. The 1,150mAh capacity certainly doesn't sound like much and in our tests we didn't get much. Running constant video playback with WiFi on and the brightness fixed at 50 percent, the Eluga could only muster up a paltry four and a half hours of playback. Panasonic attempted to ameliorate this with a relatively swift charging function -- you can expect the phone to re-juice from empty to full in less than three hours. With more regular use we found ourselves nervously reaching for the charger halfway through the day. We could just about manage a day on a single charge, but we certainly didn't feel confident spending a whole day out of the office without a standby charging option.

The Eluga messes up several things here. Besides the performance issues outlined above, Panasonic added some heavy-handed touches to the standard Android Gingerbread experience. The app drawer is a mess, organizing your programs into pre-installed, downloaded and updated divisions. There's no automatic option to reorganize them alphabetically or in any sensible order -- it's an entirely manual affair. Personalizing the taskbar on the homescreen is similarly confusing and laborious. There's also a dearth of widgets, including any stock email options, while some of them, like the digital clock, are just plain ugly, with oddly spaced characters and a severe lack of imagination.

It's also worth noting these revisions come atop an older Android release. While we're promised an update to Android 4.0 this summer, we have an increasingly short fuse due to manufacturers continuing to sell new devices with old Android versions. The phone does add a few extra software features to strengthen its offering, though, including a lightweight NFC application, which allows you to use the pre-packaged card to launch an app or adjust the phone's homescreen when they come into contact. There's also an eco mode, which attempts to automate those settings adjustments made to desperately eke out a longer battery life. You can set the level at which the phone switches to the power-saving mode, and even adjust what that mode involves, from dimming the display to switching off unnecessary wireless connections. Expect to set the automated adjustment to 40 percent -- we reckon you're going to need it.

We were hoping for just a little more. The Eluga doesn't embarrass itself, with a subtle, appealing design and a capable screen. But while it can shrug off watery dangers, it can't do the same to serious software hiccups and missing elements -- like decent media storage, a camera flash and (at this price) a more competent processor. We wanted to welcome a new contender to a very hectic Android smartphone battle royale, but, at the moment, we have an also-ran. Panasonic has more than one chance to get it right -- hopefully it's learned a few lessons here.