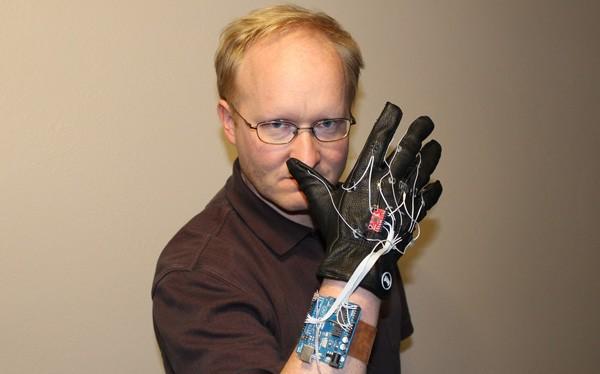 Sick of trying to control your 360 using Kinect, semaphore and advanced flailing? Modgod Ben Heck, deciding he wanted to be more Minority Report and less lunatic, has been working on Power Glove 2.0 to improve the console's navigation experience. The prototype glove is tricked out with Arduino, an accelerometer, a gyroscope and some fingertip buttons. With the addition of IR and a little coding magic, the 360's interface can be controlled via subtle gestures, with increased functionality / style points also apparent. Check out the latest episode of The Ben Heck Show after the break for a detailed walkthrough of the project and a demo of the glove in action.