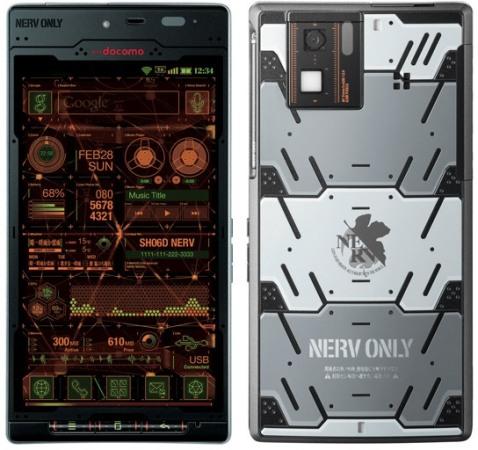 Sharp's heavily customized NERV Edition SH-06D phone finally has preorder and release date info on Japanese carrier NTT DoCoMo, and Neon Genesis Evangelion fanboys will want to get there early. It appears there will only be 10,000 of the phones available, with 3,000 sold via NTT DoCoMo's online store starting June 29th over three days, with 1,000 of them going on sale each day at noon. The rest will be sold at other retailers with preorders kicking off June 16th and although there's no price specified, we're expecting it to be around 25,000 - 30,000 yen with a two year contract. As we saw when the phone was announced in March, it features a heavily customized case, hardware buttons and 3D Android 2.3 skin designed to reflect its heritage. Getting one may require some camping out either in front of a store or on the carrier's website (in Japan of course, we don't expect to see any of these overseas), but at least it's got to be easier than life in Tokyo-3. Check out an in-universe video look at how NERV and NTT DoCoMo supposedly came together to develop the collectible's unique features after the break and our impressions of an unskinned SH-06D here. 7
In this article: android 2.3, Android2.3, anime, evangelion, gainax, japan, mobilepostcross, mobilepostmini, neon genesis evangelion, NeonGenesisEvangelion, nerv, nerv edition, NervEdition, ntt docomo, NttDocomo, sh-6d, sharp, video
All products recommended by Engadget are selected by our editorial team, independent of our parent company. Some of our stories include affiliate links. If you buy something through one of these links, we may earn an affiliate commission.
Share
Tweet
Share