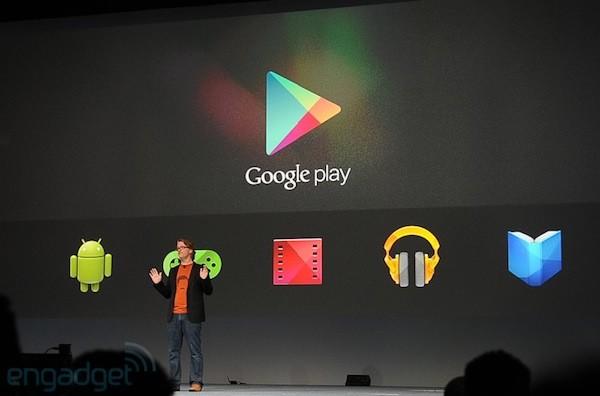 The Android Market became Google Play to focus on how it pushes media, and now it's adding a few new options. On stage at Google I/O 2012 the company just announced it's adding support for the purchase of movies, as well as TV shows by episode or by season, and even magazines all available today. That's in addition to the existing apps, movie rentals, music and books. Oh, and look, Google just introduced a new tablet that you can use to access all of that content. We'll keep an eye out for an exact list of all the new media partners, although mentioned on stage were magazines including Hearst, Conde Nast and Meredith long with TV networks Disney / ABC, NBC Universal, Sony Pictures and Paramount . Check out our Google I/O live blog for even more details as they're announced, and look after the break for video introductions.