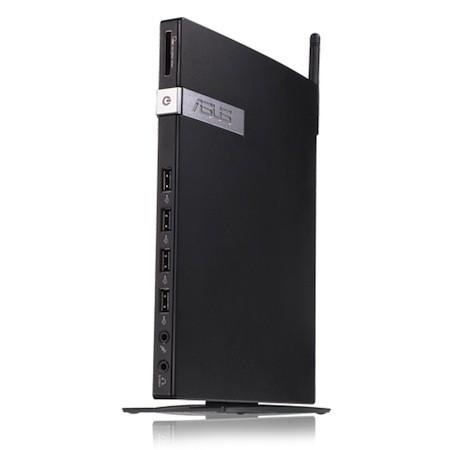 We've seen a fair share of space-saving nettops pass through our very own crowded halls, so what's one more to add to the list? Especially when it's one being flaunted as the most eco-friendly, energy-efficient PC. That's exactly what ASUS thinks of its EeeBox EB1030, which aside from sporting a relatively minimalist design (as is usually the case with nettops), it's also boasting Intel's latest batch of Cedar Trail CPUs. To go along with those Atom processors (1.86GHz), ASUS is making this mini machine as configurable as it could get, giving users the option to load it with up to 4GB of RAM and a 500GB hard drive combined with 32GB of SSD goodness. Ports-wise the unit's pretty standard, offering options such as an HDMI, VGA, microphone, audio jack, card reader and four USB two-dot-ohs. Of course, the amount of cash you'll have to shell out will depend on the setup of choice, with pricing set to start at €296, or around $370 in American dollars.