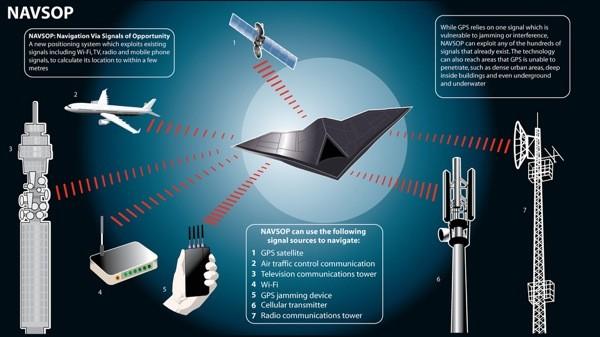 Just in case GPS and GLONASS didn't make for enough of an acronym soup, BAE Systems wants to add one more to the navigation broth. NAVSOP (Navigation via Signals of Opportunity) uses some of the basic concepts we know from cell tower triangulation and WiFi location-finding to lock down a position, but goes much further to geolocate from nearly anything that pushes out a signal, such as nearby radios and TVs. It doesn't even need to know what kind of signal it's looking at, and it can get its position in places there's no GPS to work from, whether it's in an urban canyon or the natural kind. BAE is most excited about the prospects of ending GPS jamming against soldiers and UAVs, once and for all: not only is the new technology mostly impervious to attempts to block its signal, it can use the jamming attempt itself to get the position fix. Thankfully, the company's roots in defense aren't precluding use for civilians, so there's a chance that future smartphones might never have to use guesswork to get their bearings -- provided that governments around the world sign off on the idea, that is.