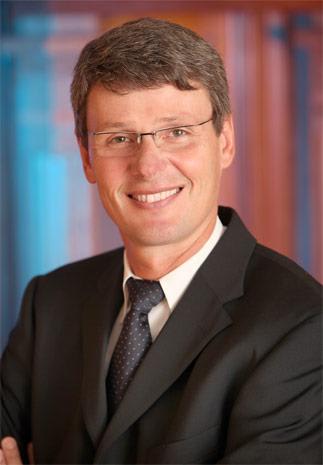 RIM CEO Thorsten Heins has the unenviable task of, well, being the CEO of RIM. Still, in spite of some gloomy numbers, the exec thinks the company is on the right track. Heins told CBC Radio that, since taking over, the company has been implementing changes that are helping Research in Motion transition to BlackBerry 10, adding that "there's nothing wrong with the company as it exists right now." Heins told the Metro Morning radio show, "This company is not ignoring the world out there, nor is it in a death spiral," adding, "Yes, it is very, very challenged at the moment - specifically in the U.S. market. The way I would describe it: we're in the middle of a transition." It's a transition from which, Heins insists, RIM "will emerge successfully." What's more, Heins also has an op-ed in today's Globe & Mail, where he mostly reiterates that stance and flatly says "don't count BlackBerry out." You can find it at the source link below.

In this article: blackberry, blackberry 10, Blackberry10, cbc, ceo, executive, mobilepostcross, research in motion, ResearchInMotion, rim, thorsten heins, ThorstenHeins
All products recommended by Engadget are selected by our editorial team, independent of our parent company. Some of our stories include affiliate links. If you buy something through one of these links, we may earn an affiliate commission.
Share
Tweet
Share