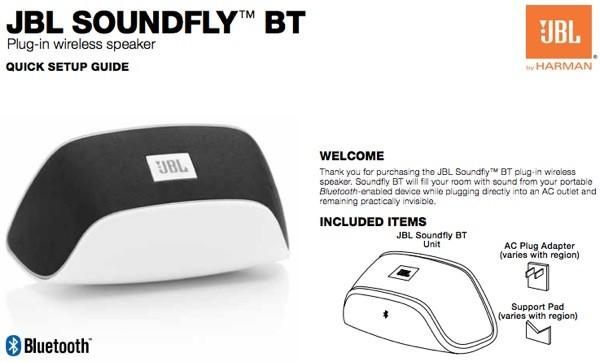 JBL is known for its portable speakers, but an FCC filing has revealed that it's willing to make speakers that are almost inconspicuous. The Soundfly BT would represent your everyday Bluetooth speaker save for the very uncommon ability to optionally plug directly into a wall outlet, skipping the power cord. Shades of the previous-generation AirPort Express, anyone? There's not much mystery in other areas, but the 20W stereo output is unusually powerful for something small enough to hang off of a hotel room's power port. Between the manual and live photos, about the only riddles left are the Soundfly BT's official release date and price.