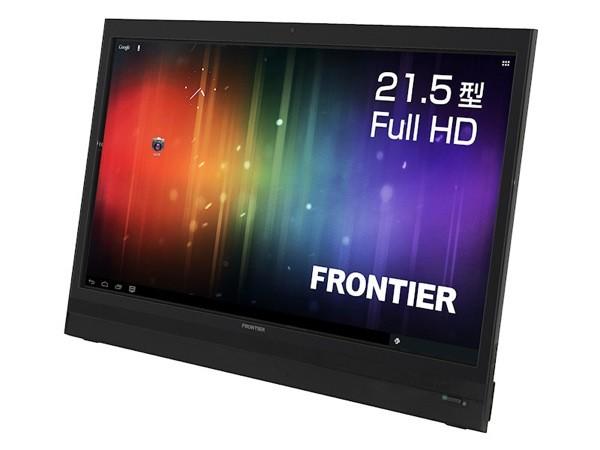 We're wondering if Kouziro saw the ASUS Transformer AIO and developed a little Freudian envy. That would certainly help explain the company's FT103 tablet, which at 21.5 inches is one of the biggest devices running Android 4.0 without veering into full-size TV territory. If you're having sudden flashbacks to the Toshiba Excite 13 and dreading the thought of lugging around all 11 pounds of this slab, you'll breathe a sigh of relief knowing that Kouziro doesn't make any pretenses surrounding portability: there's no battery, and a kickstand keeps it upright on a desk rather than crushing your lap. The lackluster 1GHz TI OMAP 4428 processor and 8GB of storage certainly won't do much to draw attention, though. All the same, the HDMI input and 1080p screen resolution could make it a very clever secondary display for another device, and the extra-extra-extra-large size lets it stuff in two full USB ports and Ethernet along with the usual front camera and mobile expansion. The late July release in Japan and the ¥34,800 ($437) price aren't outlandish for what's in the box -- just brace yourself for psychoanalysis from friends and family after taking the FT103 home.