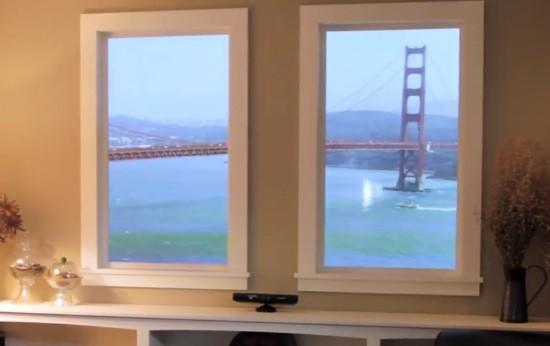 RationalCraft brought its surreal Winscape virtual window to market when the Wii was virtually the only game in town for affordable motion tracking. Microsoft's Kinect has certainly changed the rules of the game since then, so it's almost natural that a fourth-generation Winscape has just launched to make use of the much more sophisticated sensor. For a start, there's no need to dress like Flavor Flav anymore: the camera can recognize anyone, even passers-by, without an oversized necklace. The larger-than-life footage used to generate the window effect has been given its own bump, too, and the app can now handle 4K video as long as the Mac underneath (sorry, Windows folks) is powerful enough to drive it. For those who truly want to be disconnected from reality, there's even six-display support provided it's all hooked up to a Mac Pro and a pair of three-output Radeon HD 5770 video cards. RationalCraft's software is free to try out now, although the requirement for at least two big TVs, a Kinect controller and a fast Mac should say all there is to know about the practical cost of pretending the Golden Gate Bridge is visible from inside a living room in Cleveland.