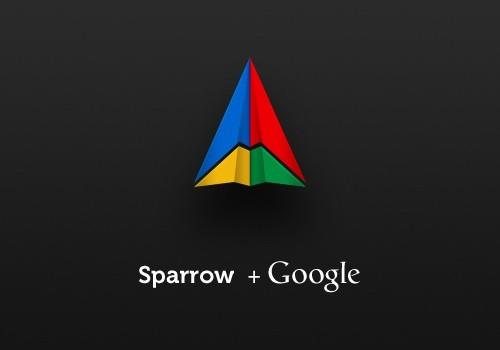 Well, we can't exactly say we saw this one coming. Sparrow, maker of popular email apps for iOS and Mac OS X, has just announced that it's been acquired by Google. Expectedly, details on the acquisition are being kept under wraps at the moment, but company CEO Dom Leca has confirmed in a blog post that Sparrow will be joining the Gmail team at Google to "accomplish a bigger vision." Fans of the company's apps will be glad to know, however, that the team will "continue to make Sparrow available and provide support for our users" while also working on new things at Google. That does sound like most of their attention will be focused elsewhere, though. You can find Leca's full statement on the matter at the source link below.

Update: The Verge was able to get some notion of a cost for this deal, with "under $25 million" being a figure assigned to this, a figure that wasn't inflated due to a bidding war. (That should answer those wondering if maybe Google bought this out from under Apple.)

In this article: app, apple, email, email app, EmailApp, google, ios, mac, mac os x, MacOsX, mail, mobilepostcross, sparrow
All products recommended by Engadget are selected by our editorial team, independent of our parent company. Some of our stories include affiliate links. If you buy something through one of these links, we may earn an affiliate commission.
Share
Tweet
Share