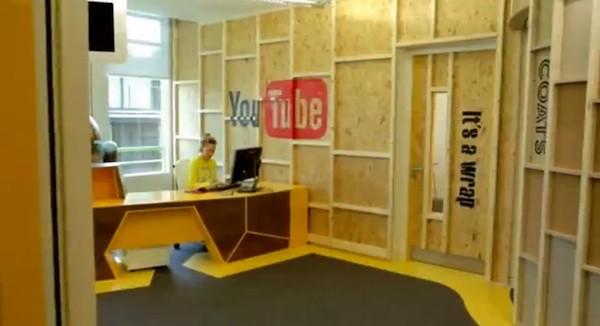 Google confirmed a few months back that it was looking to build some studios in at least a few cities to give YouTube video makers a more professional workspace, and we now have our first good look at exactly what it's had in mind. The company's today released a video showcasing its new London-based Creator Space, which is said to be opening its doors in the "next few weeks" in Google's own Soho office. While there's no word on the costs involved just yet, the space does certainly look to be well-equipped, boasting a range of DSLRs and professional video cameras, a green screen room, lighting rigs, editing suites, and audio booths -- not to mention lectures and workshops to help folks get the most out of all that gear. No further word on those other studios just yet, but you can get a glimpse of this one after the break.

In this article: creator space, CreatorSpace, google, london, production, studio, video, video production, VideoProduction, videos, youtube
All products recommended by Engadget are selected by our editorial team, independent of our parent company. Some of our stories include affiliate links. If you buy something through one of these links, we may earn an affiliate commission.
Share
Tweet
Share