Google Earth adds detailed 3D imagery for Denver and Seattle, might not render the local Starbucks 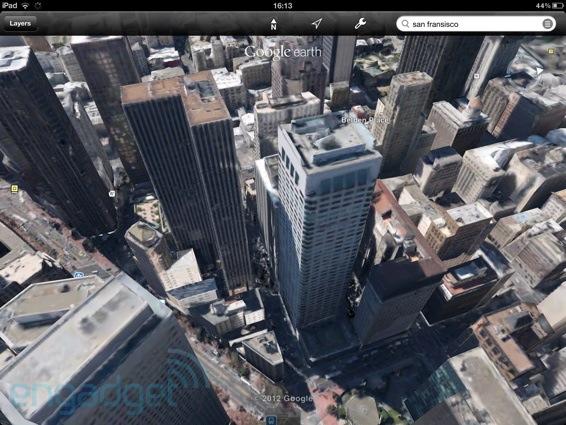 Google's 3D City View is now available on iOS. The Google Earth update adds three-dimensional imagery to major locations including Washington D.C, San Francisco and Boston. It's arriving alongside Tour Guide; select a notable attraction to go straight to it, with accompanying trivia you can bore your friends with later. Sadly 3D maps requires the processing hardware of the iPhone 4S, iPad 2 or the third-generation iPad, but other iOS (4.2 or higher) device users can still get access to Tour Guide. Unsurprisingly, the update's available via the App Store -- but you shouldn't need a map to find your way there.