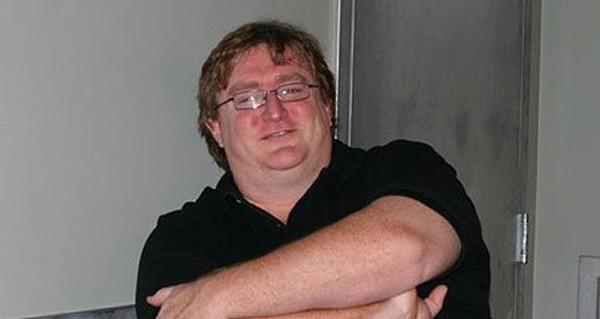 Always-outspoken Gabe Newell, the big cheese at Valve, made quite a few interesting statements at this year's Casual Connect conference, including the quote above. Gabe believes Microsoft's impending update will drive manufacturers away from the OS and he reiterated Valve's plan to make the entire Steam catalog available on Linux as a "hedging strategy." During the onstage discussion, he also weighed in on the longevity of touch input, which he estimates at a decade, the possibility of tongue control and the future of wearable computers. Other classic quotes include "the next version of Photoshop should look like a free-to-play game," which Adobe apparently didn't quite understand -- and frankly, neither do we.

In this article: adobe, adobe photoshop, AdobePhotoshop, Casual Connect, CasualConnect, ce oh no, ce oh no he didnt, ce-oh no, ce-oh no he didnt, Ce-ohNo, Ce-ohNoHeDidnt, CeOhNo, CeOhNoHeDidnt, Gabe Newell, gaben, GabeNewell, Linux, microsoft windows 8, MicrosoftWindows8, photoshop, steam, valve, windows 8, Windows8
All products recommended by Engadget are selected by our editorial team, independent of our parent company. Some of our stories include affiliate links. If you buy something through one of these links, we may earn an affiliate commission.
Share
Tweet
Share