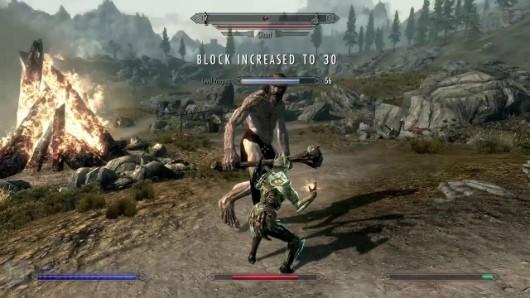 Let's talk grinding. No, not how college students awkwardly demonstrate affection for one another at parties. No, I mean that thing that role-playing games do that's bad. The one that makes people not like RPGs. That kind of grinding. Like the "daily grind" except for video games.

Except that I'm not sure which games have grinding.

This makes it difficult when I talk to people about what kinds of RPGs they like or dislike, especially when they want recommendations. The specter of "grinding," of playing an RPG but being forced to do something that's considered bad, hangs over the genre like a cursed dagger. People want to play RPGs, sure, but they don't want to play the ones that force them to do something over and over again. This of course begs the question: what is grinding?


There are a few games where we can clearly say that "grinding" exists. Wizardry VII, as much as I love it, does play much better when you walk around in circles, searching for random encounters, in front of a regeneration fountain so that you are in very little danger. That's grinding. Fighting the same enemy over and over in an MMRPG until you get a rare drop? Definitely grinding. But those are rare and it's the application of "grinding" to other RPGs that concerns me.

Take The Elder Scrolls V: Skyrim, for example. Even the game's biggest fans won't claim that the main plot is what makes it special. No, what makes Skyrim special are the moments when you find something new and wonderful in a place where you didn't expect it. That mostly happens through exploration. If you find a cave, you can enter it, clearing out the enemies, maybe gaining some new skills and picking up some new items. Sometimes you'll find a note or a part of a quest that frames that cave with Skyrim's embedded narrative. Sometimes it's just a cave, and the excitement of exploring it can create emergent narratives – a new, stronger form of bandit can chase your character into a corner, forcing you into a new set of desperate, memorable strategies.

Describing one's actions in Skyrim sounds a lot like "grinding": you randomly fight enemies in non-essential caves, and in so doing, improve your character with experience, money, and items. How is that different from spinning in place in (increasingly rare) games with random encounters? That's where the traditional definition of grinding starts to fall apart. See, the joy of Skyrim is the exploration. One may not play for the main plot at all, so defining these actions as "not-grinding" sounds absurd. But in Wizardry VII, the joy isn't completing the main plot either. It's interacting with the skill and class system, which, of course, is accessed through the experience points gained primarily from combat. Actions which are traditionally described as "grinding" – inessential, repetitive tasks which build up the player character's abilities – are not inessential after all.

The problem of grinding becomes much less one of overall game design and more one of focus. What is the game about, and what interrupts that focus? For example, I personally dislike Infinity Engine combat in Baldur's Gate I/II and Planescape: Torment. For me, the combat gets in the way of the exploration of the world, its quests, and its characters that defines these games. In Baldur's Gate, I want to find what's on the next screen more than I want to try to defeat this powerful mage blocking me. In Torment, I want to learn more about the Nameless One's history, not slog through yet another bunch of thugs blocking my progression.

'Grinding' is an entirely subjective measure of whether the game is enjoyable or not.

And yet, I have also played Icewind Dale and enjoyed it, despite the fact that it is simply an Infinity Engine game focused entirely on combat. The crucial difference: my focus being on combat in Icewind Dale made combat work for me; my focus being on character development in Planescape: Torment made combat not work for me. I also freely and happily grant that my problems with Infinity Engine combat are mine, personal, and not necessarily those of the majority of the games' players. In other words, being annoyed at combat becomes a subjective and personal association with the game. If I dislike combat in Baldur's Gate, it will feel like a grind, even if I happen to enjoy exactly the same combat in Icewind Dale. The exploration that makes Skyrim such a delight at its very best can also make it feel mechanical and dull at its worst.

A recent article from game designer Ara Shirinian on Gamasutra discusses this issue from a more technical, developer-oriented standpoint: "...it is largely a matter of just going through the required motions to reach completion. There isn't much of a performance component. The same is with grinding in video games, which players voluntarily suffer for the reward of accumulating some virtual statistic that in turn increases your character's power or agency in the game."

While I agree with the general thrust of his article – that repetition isn't necessarily a bad thing in games – I think that his reference to RPGs as being the negative form of this is misguided. What he describes here is grinding at its worst, but, at least in terms of single-player games, it's extraordinarily rare in modern games. It doesn't exist in Dragon Age: Origins or the Mass Effect series, unless you could the latter's multiplayer, which I don't consider a grind at all. I don't see it in Fallout: New Vegas. Skyrim doesn't have it. Diablo 3 may have it, but that game's combat system is enjoyable on its own that, unless you get deep into its "endgame," grinding simply isn't an appropriate term. (I am deliberately focusing on single-player games here; massively multiplayer RPGs are more complicated and I'll almost certainly be discussing that in the future).


Perhaps there are Japanese role-playing games that fit his description; I immediately thought of dodging 100 lightning bolts in Final Fantasy X (as seen above) when I read the Gamasutra article, but that was an optional side quest and from a game over a decade old. The end result is a simple ideal: If you enjoy that game's combat, you'll enjoy the game. If not, you'll hate it.

This becomes the essential distinction: "grinding" is an entirely subjective measure of whether the game is enjoyable or not. Role-playing games are particularly weak against accusations of being grind-focused, but that's somewhat unfair. RPGs tend to be longer than most games, and their combat tends to be slower-paced. That's not for everyone, to be sure, but Gears Of War's narrow, repetitive focus on gunplay-while-hiding-behind-boxes isn't for everyone either. Treating role-playing games as if they are grind-focused is a statement of personal preference, nothing more.

Rowan Kaiser is a freelance writer currently living the Bay Area, who also writes for The A.V. Club, and has been published at Salon, Gamasutra, Kotaku, and more. He still occasionally finds Ultima VI Moongate maps and mantra notes when he visits his parents' house. Follow him on Twitter @rowankaiser.

The views and opinions in this editorial do not necessarily reflect those of Joystiq.com or its staff.
In this article: opinion
All products recommended by Engadget are selected by our editorial team, independent of our parent company. Some of our stories include affiliate links. If you buy something through one of these links, we may earn an affiliate commission.