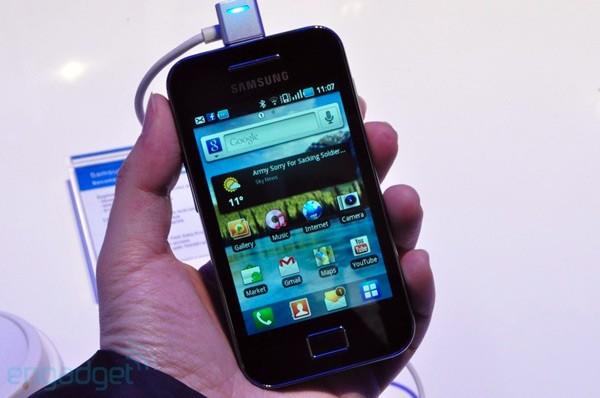 Apple rested its side of the case in its main lawsuit against Samsung on Monday, and with the switch of focus came a small sacrifice. While Samsung failed in a Hail Mary bid to have the suit dismissed, it successfully argued that a few devices should escape the clutches of a full-fledged ban. Don't get too excited, though: the exclusion list mostly touches on phones that only reach US shores through unofficial importers, including the Galaxy Ace as well as international editions of the Galaxy S and Galaxy S II. The decision still leaves the American variants of phones under scrutiny, and it doesn't change Apple's hopes of a large licensing fee for all the alleged transgressions. We'd still say the exemption provides some small amount of relief for Samsung, however. Most of Apple's early, less-than-flattering accusations of trade dress violations focused on the more familiar-looking foreign Galaxy models and lose some of their thunder when leveled against the conspicuously altered designs that eventually set foot in the US.