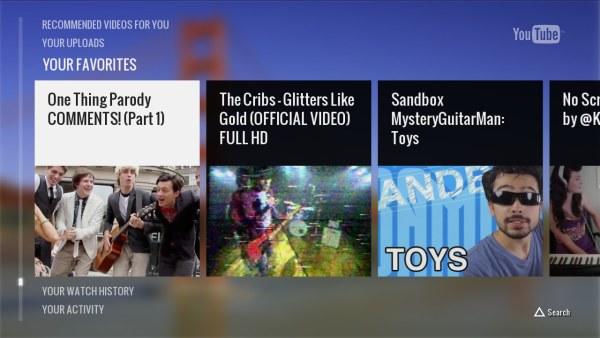 While YouTube has always enjoyed support on Sony's PlayStation 3 thanks to the console's Flash-enabled browser and even offered a YouTube XL layout for connected devices, now it's rolling out a new app to make the video experience even better (and, no doubt, compete with the experience unveiled late last year on the Xbox 360). The app has an improved search with suggestions and instant results while users type, the ability to pull in a user's subscribed channels and it allows for remote control from the YouTube app on your smartphone after a simple pairing process (shown in a screenshot after the break.) According to the official blog it should be arriving in North America now, check under the My Channels section in the PS3 store to download the free app and give it a shot.

Update: The new app should be available in the PlayStation store now (if you're in the US.) There's no word on when it will arrive in other regions, however Canadians can enjoy the Crackle app that popped up today and everyone can give Madden 2013 a shot.

In this article: app, google, hdpostcross, internet video, InternetVideo, playstation 3, Playstation3, ps3, sony, video streaming, VideoStreaming, youtube
All products recommended by Engadget are selected by our editorial team, independent of our parent company. Some of our stories include affiliate links. If you buy something through one of these links, we may earn an affiliate commission.
Share
Tweet
Share