Fisker halting Surf production, but will build you one if you've got a 'big enough checkbook' Fisker hasn't had what you'd call the best year so far, but it may have found the ticket to turning its hybrid vehicle business around. Meet Tony Posawatz, Fisker's new CEO -- and, until just weeks ago, GM's Vehicle Line Director. Despite being the second new chief executive at Fisker since Tom LaSorda arrived in February, Posawatz needs little explanation for his sudden rise to power. He's an original member of the Chevy Volt leadership structure and could very well know a thing or two about developing a hybrid car from start to finish. His influence might only be keenly felt when the Atlantic wheels its way towards driveways in 2014, but there's no doubt he's onboard to right the good ship Karma and improve Fisker's reputation in the short term. We wouldn't want to be in GM's shoes as it watches one of its EV-friendly veterans so publicly jump ship, however.

Joe Chao to lead expansion in China and Asia

A well-known automotive industry professional with more than 30 years of experience in product development, strategy, program management, manufacturing and quality at General Motors, Posawatz's last role was as GM's Vehicle Line Director and key leader of Global Electric Vehicle development, where he was responsible for the award-winning Chevrolet Volt – bringing the car from concept to production.

"We are delighted to be adding an executive of Tony's caliber to the Fisker Automotive leadership team," said Executive Chairman and Co-Founder, Henrik Fisker. "His depth of knowledge and experience in this innovative field of new technology means that he is one of the world's most experienced leaders in vehicle electrification technology and the plug-in ecosystem. In the long-term he will ensure that Fisker is well positioned to maximize the potential of not only the Karma sedan, but also bring the Fisker Atlantic smoothly to market."

Posawatz has consistently been recognized as an industry leader in product innovation and electrified vehicles and served as Chairman of the Board for the Electric Drive Transportation Association (EDTA). In addition he led GM's initial efforts on hybrid programs and related technology development and was "employee number one" and founding member of the Chevrolet Volt program back in 2006.
"Tony is the perfect CEO for Fisker," said Tom LaSorda. "He has been at the forefront of the industry's technological revolution and one of the few people in the world to bring an EV to mass production.

"Part of my assignment at Fisker was to recruit a long-term CEO and I cannot think of a better person than Tony to take us forward. He is a real product guy for a product driven company," added LaSorda

Said Henrik Fisker, "Ultimately, Fisker Automotive is all about products that challenge the way that we think about cars for the next generation. Tony's expertise will guarantee that Fisker leads the way with its second-generation powertrain technology for the Atlantic and other future Fisker products."

Fisker Automotive is also pleased to announce the appointment of Joseph Chao as Executive Vice President and CEO of China and Asia.

"Joe is a seasoned veteran and someone that I have worked with for more than 20 years," said Tom LaSorda. "He has outstanding experience in China and will be a great leader to launch the Fisker brand in both China and the rest of Asia."

Fisker is also pleased to announce the appointment of Alberto Gonzalez as Vice President of Manufacturing. Gonzalez also brings more than 30 years of global automotive manufacturing and assembly experience from Chrysler where he operated high-volume assembly plants in the US, Mexico and Canada.

Adds Henrik Fisker, "With these new appointments, we are sending a strong signal about Fisker Automotive and our future plans to develop the next generation of powertrain technology, bring more new Fisker products to market and expand our global sales footprint.

"Since the turn of the year we have strengthened our core executive leadership team with experienced industry professionals who will take Fisker to the next level. With Tony Posawatz as CEO, Jim Yost as CFO, Barny Koehler as Co-Founder and Chief Business Development Officer, Richard Beattie as Chief Commercial Officer and Joe Chao as CEO of China and Asia I believe we have an unbeatable team that can establish Fisker as a true global force and bring the highly anticipated Fisker Atlantic to market."

Comments Fisker Automotive's lead Board Director and largest investor, Ray Lane: "Fisker Automotive continues to build an amazing portfolio of talent that will truly establish the company as the leader in next-generation automotive technology. Tony's vast experience in this field makes him the perfect candidate to lead us into this exciting new future. To have such a globally recognized product leader is a huge coup for the company." 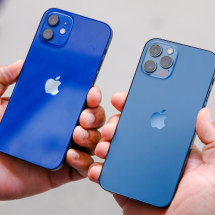