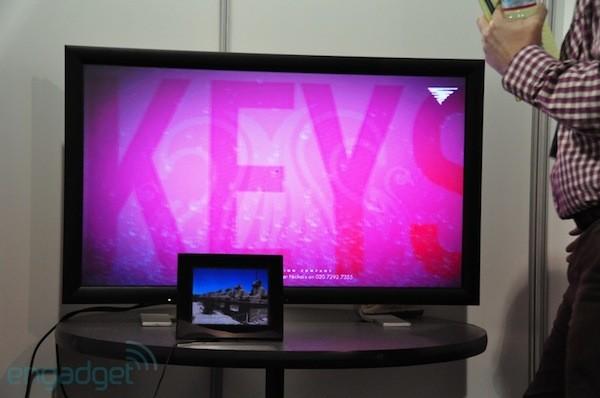 Stream TV has been touting its Ultra-D glasses-free 3D tech for quite some time now, but we've still yet to see anything resembling a marketable product. The company's already snagged one manufacturing deal, but in the latest announcement of a partnership with Hisense it's revealed the specs of an actual device -- a 42-inch 1080p display. If you think the details end there... well, you'd be right, although the numbers do suggest something tangible is indeed in the pipeline. We might find out more at IFA 2012 where Stream TV will be showing off its latest gear, so here's to hoping. And, if you'd like more info on the Stream TV / Hisense agreement, the full PR is available after the break.

Philadelphia, PA (August 15, 2012) – Stream TV Networks, Inc.™ has announced a technology partnership with Hisense® (the leading TV brand in China) for a range of televisions and other products featuring Ultra-D™ (3D without glasses) technology. The first product to market will be a 42-inch 1080p autostereoscopic 3D display with plans for additional 3D without glasses displays, smart televisions, tablets and smartphones incorporating the Ultra-D technology.

Hisense pioneered the launch of Smart 3D Cinema TV, innovatively realizing the compatibility of the HITV-OS operation system (independently developed by Hisense) with the current most popular Android® system, offering more diverse applications. Over 1,000 Hisense stores have been established with over 10 million downloads of Hisense intelligent TV applications so far. Hisense has a presence in over 80 countries and regions including North America, Europe, Australia and Africa. Hisense products are sold at Walmart®, Costco®, HHGregg®, etc.

Stream TV Networks will be showing its latest improvements in the technology and new displays and devices at IFA 2012 in Berlin.