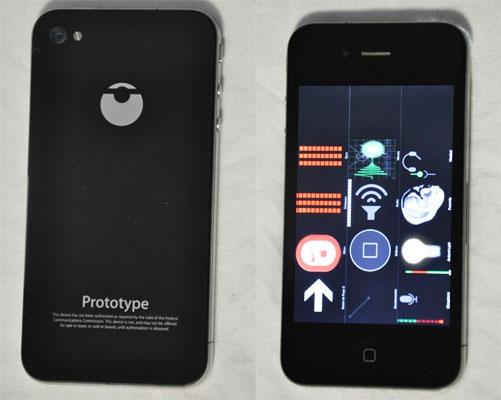 While our thoughts on all things iPhone may be focused elsewhere, an unusual Apple prototype of its fourth phone iteration has caught our attention on eBay. On the back, you can see the same curious logo spied on experimental hardware as far back as February 2010 and as 9to5Mac notes, it doesn't pack the screws along the bottom edge, making it ever so slightly different to the final model. The phone (model number N90AP) also runs Apple's software testing framework, Switchboard, which is still happily ticking along on this particular prototype. Bids start at $4,500, or there's a Buy It Now price of $10,000 -- if you must have this obscure slice of Apple history.

(Update: We've been sent a quick video tour of the device-- it's after the break.)

In this article: apple, apple logo, AppleLogo, deathstar, ebay, iphone, iphone prototype, IphonePrototype, mobilepostcross, prototype, prototype logo, PrototypeLogo, switchboard, video
All products recommended by Engadget are selected by our editorial team, independent of our parent company. Some of our stories include affiliate links. If you buy something through one of these links, we may earn an affiliate commission.
Share
Tweet
Share